Google is slowly adding the new slide-out navigation menu to all of its major Android apps, and today it's YouTube's turn. The latest incremental update to the official video app doesn't add a whole lot more than that, but what's there is handy: the menu that used to be available via the "app button" in the upper-left corner only on the homescreen is now enabled on all standard UI screens with a quick swipe to the left, just like in the shiny new version of Gmail. As always, YouTube is a free download, available for all Android users. 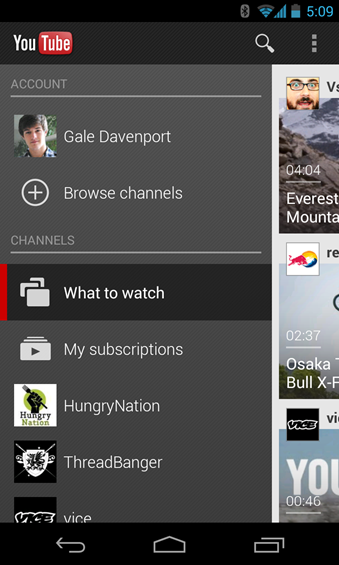 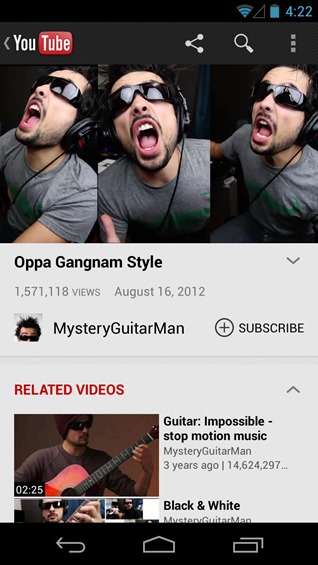 Strangely, the app button uses the little "back" icon everywhere, not just in UI screens where it will actually go back, and has not yet been switched to the "hamburger" menu button. (For an explanation of why this matters, check out Ron Amadeo's breakdown of the new sidebar design standards.) 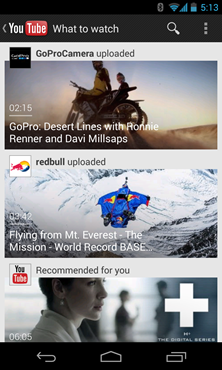 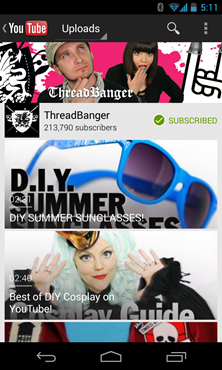 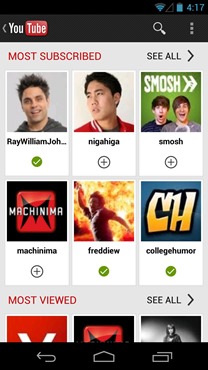 The only other major addition to the app is "video suggestion overlays during playback," but I haven't gotten anything to appear in any of the videos I've tried. The standard improvements and bugfixes have been applied, and at least some Play Store reviews cite a noticeable improvement in stability and streaming performance.