Last year, we took a look at Arkon's Dash and Bicycle mounts and came away impressed with all of them. However, the company spent the last year in the lab figuring out a way to make the mounts better, as well as add support for much larger devices like tablets. The result is the new Slim-Grip Ultra mounts, which come with a variety of options: a dash mount, quick-release strap mount (for bicycles/motorcycles), and a nifty cup holder mount – all of which are better than their predecessors in almost every way. 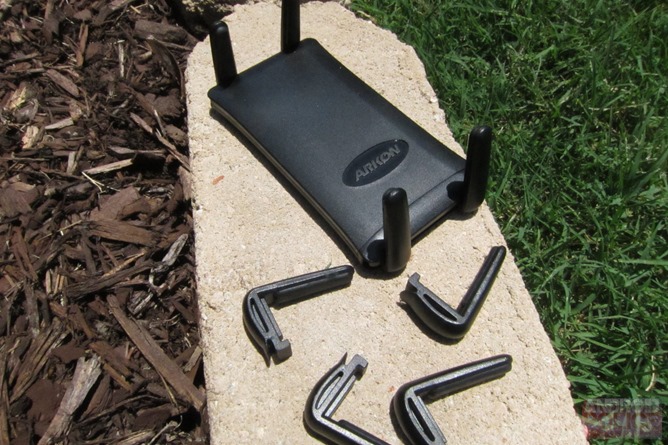 The primary difference with the Slim-Grip is the holder itself: it's now larger, longer, and overall better than the previous model. The holder is the same across all the mounts, which makes for an extremely versatile, interchangeable system.

The overall design is very much like last year's Slim-Grip model, as it features the same slotted back and spring-loaded extension mechanism that made the original so useful. This go, however, Arkon includes four sets of legs so the holder will fit a variety of devices – everything from the Nexus 4 to the Nexus 10. The feet are easy to change, which allows for nearly-instant modification to fit any device on a whim. 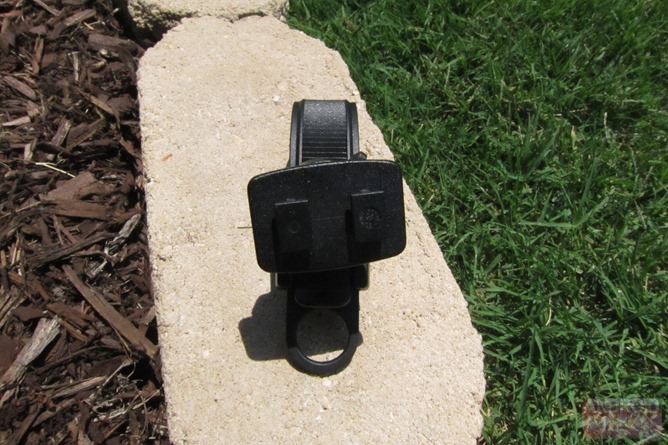 The build quality seems to have been improved over the previous model, as well – even if only slightly. The unit functions and feels very much the same, though the updated design makes it feel sturdier than before. Thumbs up all around. 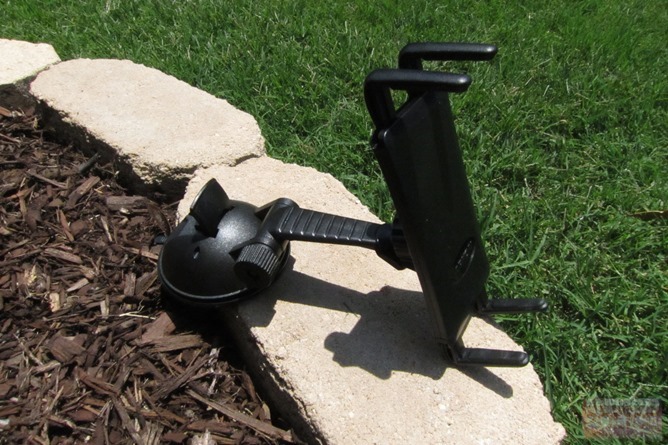 The Dash Mount is the same one that we looked at back in July of last year, so we're not going to spend a lot of time focusing on that. It works really well with the updated holder, though the Nexus 10 is just a bit too heavy for the mount to keep a firm grip to the dash. That's to be expected, as Arkon itself claims the holder works for devices "up to 8-inches," despite the fact that it will actually fit the N10 without breaking a sweat. I'm sure an enterprising individual could find a way to make it work if using their Nexus 10 as an on-dash GPS is on the wishlist. 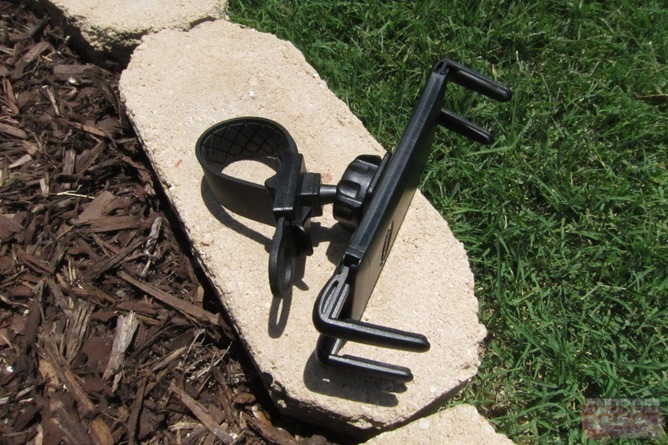 The Quick-Release Strap Mount, on the other hand, is an entirely new beast from its predecessor, which actually required the mount to be attached to the handlebars of a bicycle or motorcycle with screws. The new design throws the screws out the window in lieu of a piece of flexible rubber that simply allows the unit to be wrapped and secured to any sort of cylindrical bar quickly and easily – be it on a bike, motorcycle, piece of workout equipment, or the like.

The rubber strap locks into place using a method similar to a zip tie, though naturally, there's a release that allows it to be removed. This is all attached to the same 360 degree rotating head that other Arkon mounts use, allowing the phone/tablet to be positioned in a variety of ways. 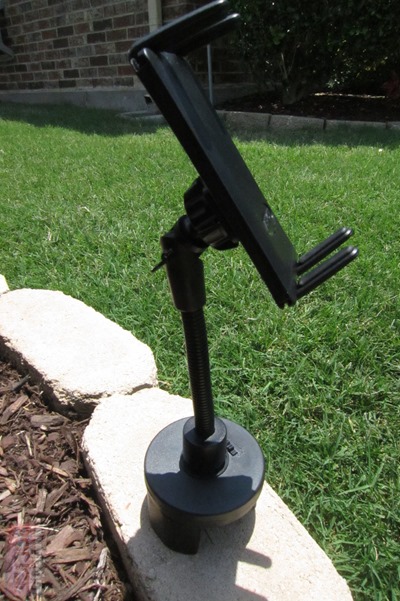 The Cup Holder Mount isn't something we've looked at before (from Arkon, anyway), and it is exactly what you think: a mount that fits in your cup holder. Like the other two, it uses the Slim-Grip as the holding bracket.

The main drawback with the Cup Holder Mount is its vehicle compatibility. While it should work well with most, it didn't work well at all in my minivan (yes, it's true – I drive a minivan) because the type of cup holders just don't offer enough space or depth. They're also adjustable, so the mount constantly pushed them open too wide, and as a result it wouldn't stay in place. It's worth noting that I feel like my experience here isn't the norm, as the Cup Holder Mount was likely designed to work well with the majority of automobiles.

That aside, the Cup Holder Mount is pretty well thought out: the base is adjustable to work with cup holders of varying diameters, and features a nice tacky rubber surface to help hold it in place. If you find that the cup holders still don't provide sufficient hold, there are also some foam pads included in the package that should fill the gaps nicely.

Overall, the new Slim-Grip holder is a nice upgrade from its former version, especially for those with larger devices or who want to mount a tablet inside the car. All of the mounts work exceptionally well for their intended use (save for my issues with the cup holder mount), and offer a versatile solution thanks to the interchangeable feet and grip mounting system.

All of the various mounts can be found at Arkon's site, linked below for your purchasing pleasure.

President Obama Proposes Patent Troll Laws That Will Probably Do Very Little To Stop Most ...