Two batteries - 33Whr and 19.5Whr - are housed inside the units. It's not clear whether the larger battery is located in the dock or not, but that would be my guess. 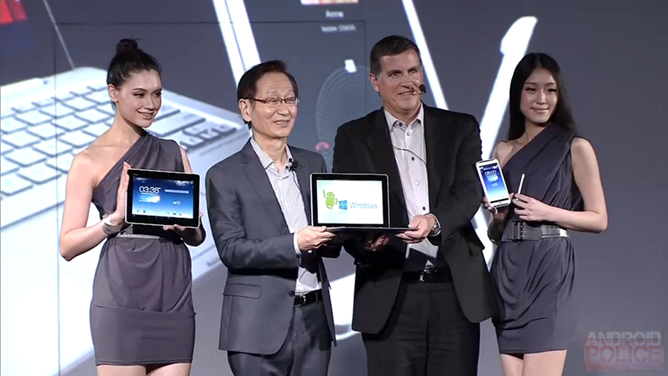 As you have probably already figured out, the Transformer Book Trio operates in three modes:

As you can see, there is no dual-booting here but rather two devices with their own operating systems living in a symbiotic relationship. In fact, you can use the two separately and simultaneously if you go with configurations 1 and 3.

ASUS says the two OSes sync data to allow seamless web surfing and presumably file sharing. We would not have expected anything less - otherwise, this whole multi-OS experience would really get frustrating stat. Just how well they integrate with each other we'll have to see at a future time. Same goes for pricing and availability, as neither was announced today.

Are you impressed by the Trio? I must say it's a amusing evolution of the Transformer line with an interesting value proposition, but the verdict will depend on performance, availability, and, more importantly, price. 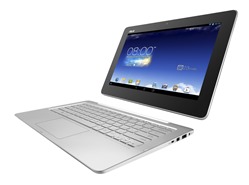