Asus really went big with announcements at Computex this year, naming 11 new products in about 30 minutes. One of the really interesting devices to make the cut was the Fonepad Note FHD 6, a smaller cousin to the 7-inch model announced earlier this year at MWC. In many ways, the super-sized phone blends qualities from other popular devices like the HTC One's front-facing speakers and a smart stylus from the Galaxy Note. While this obviously isn't the first phone to include a stylus, it's certainly new to this OEM's portfolio. The new handset will also remain faithful to Intel, but jumps to the brand new Z2560 processor. 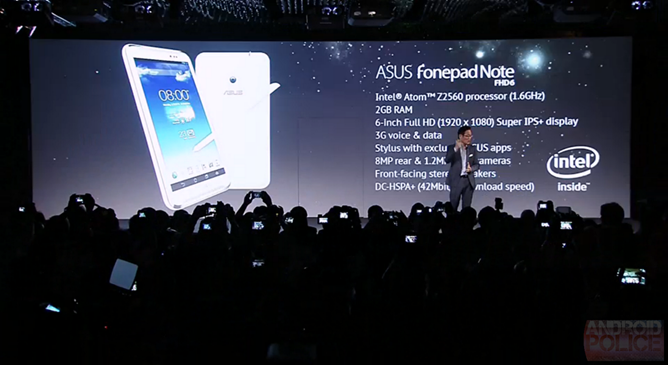 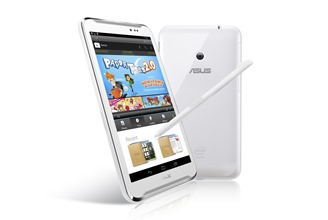 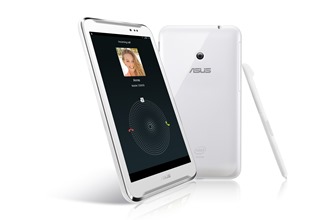 Given that the Fonepad Note will be limited to HSPA+, and virtually all major US carriers will be demanding LTE capabilities in upcoming handsets, we probably won't see this one turning up anywhere near our shores. Still, this device could prove to be very important to ASUS as it stands to be the launching pad for both a stylus-enabled digitizer and Intel's most competitive smartphone processor to date. Keep your eye on this phone, if for no other reason that it will likely shine a light on many future products. Having seen the rousing success of the Galaxy Note line, we can probably expect it to do fairly well in the markets it does reach.