Even if you're not particularly in love with live wallpapers, you owe it to yourself to check out the newest offering from Maxelus. This developer has a reputation for creating beautiful live wallpapers that don't destroy performance. And the just-released Space Colony might take things to an entirely different level.

Space Colony turns your home screen into an alien cityscape with towering buildings, epic star-filled skies, and glowing starships flying past. There are five different city locations, and all the colors are configurable. Accelerometer control can be used to move the view around, but swiping does the same thing if you want to save a little battery. 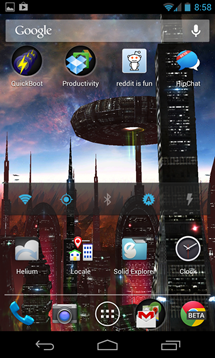 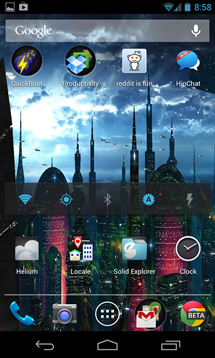 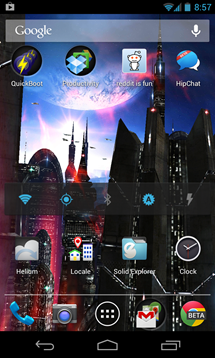 This live wallpaper does indeed look fantastic, but it appears to render better on the Nexus 4 than it does on the Nexus 7. There are a few jaggies on the latter device, but performance is acceptable. This seems like a pretty good way to blow a few bucks.