The WhitePages company announced today that it has acquired Mr. Number, a popular app used for retrieving caller identification and blocking some numbers. According to the press release, WhitePages will add Mr. Number to its own stable of mobile apps, which includes Current Caller ID, their own solution for the same market niche. It's not immediately apparent whether development will continue on Current, Mr. Number, or both, or indeed whether the developers who created Mr. Number have been hired by WhitePages. 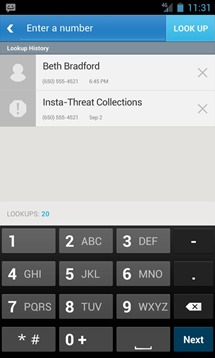 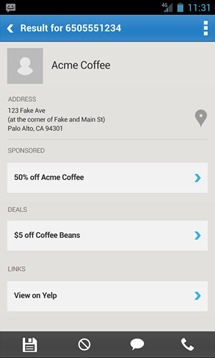 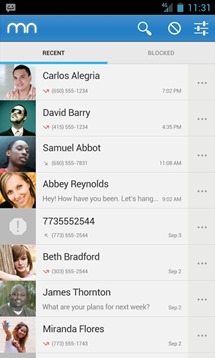 If Mr. Number is ringing a bell for you, you might recall the controversial crowd-sourced caller ID feature that the developer was forced to disable after a change in Google's terms of service. Google changed the terms to protect the privacy of those whose contact information was being uploaded - without notification in almost all cases - to Mr. Number's caller ID database. While there was no malicious intent in the feature, it's easy to see why Google objected. Mr. Number disabled the cloud caller ID feature, but criticized Google's policy as anti-innovation.

For the moment, both Mr. Number and WhitePages' Current Caller ID are offered as free downloads.

Update: A WhitePages representative reached out to Android Police for some clarification. Development on both Mr. Number and Current Caller ID will continue, and according to the representative, the company is investing more resources to enhance both apps.

SEATTLE, WA--(Marketwired - May 31, 2013) - WhitePages, the leading provider of contact information for people and businesses in the U.S., today announced the acquisition of Mr. Number, a popular call blocking and spam identification Android app, further expanding WhitePages' mobile offerings and providing users with the most robust caller ID features on the market. The acquisition of Mr. Number, an award winning, top 20 communication app in the Google Play Store with over 7 million downloads, further builds on WhitePages' suite of mobile apps -- each focused on enabling more effective communications through local business and people search, call and text ID and blocking -- providing users with a breadth of options for fully managing their mobile communication. Mr. Number will remain a standalone mobile app and consumer site with potential synergies leveraged in future app development.

"Truly effective call management must provide consumers not only an understanding of who's on the other end of the line, but the ability to block spammers and unwanted callers and texters. Our users now have access to the best of both worlds," said Alex Algard, CEO of WhitePages. "We've watched Mr. Number develop their platform into the leading call blocking and spam identification offering on the market, continuing to address a growing consumer need to both identify and avoid unwanted calls and texts. Adding Mr. Number's spam detection and call blocking app into our product portfolio provides our collective users a full range of communication management options."

With the acquisition, WhitePages adds to its family of leading mobile apps -- including its popular Current Caller ID App -- offering a variety of tools to help more than 15 million monthly mobile users make more informed decisions about communication on the go. As mobile phone usage has grown more prevalent than landlines, consumers have opened themselves up to more unsolicited contact on their wireless devices, furthering the need for call management solutions. Current Caller ID identifies the vast majority of incoming calls or texts, and provides real time social networking updates for frequent contacts. WhitePages users will now also have access to the call blocking and spam identification features in Mr. Number allowing them to effectively filter unwanted calls or texts and block spam.

Terms of the deal were not disclosed. For more information on WhitePages, or to download mobile apps including Current Caller ID for Android, please visit: www.whitepages.com/mobile.

Acer To Announce An Intel Haswell-Based PC That Runs Android, Should Cost Around $400