The long summer months are a hard time in the life of a football fan. The NFL Draft is a bitter memory, and September is a long-anticipated hope, a promise after three months and forty years wandering in the sports desert. It's also the time when the infrastructure for America's most popular game gets a much-needed refresh, and today that includes the official NFL.com Fantasy Football app. The app has been updated for the 2013 season, with all the new players, updated stats, and a vastly improved user interface. 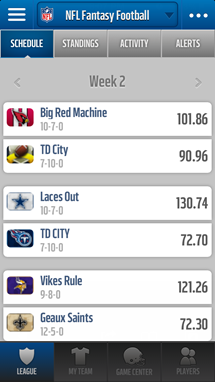 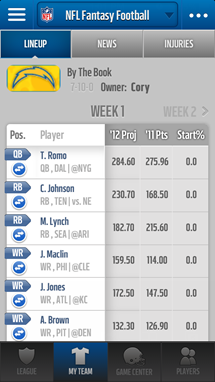 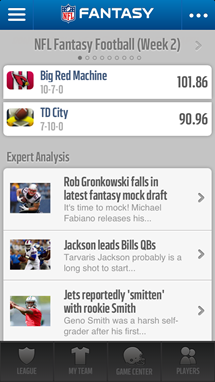 Updated statistics are nice, but the UI is what we're really interested in. I'll be frank, it doesn't look that great - sort-of Holo elements are mixed with an iPhone-style bottom toolbar - but compared to the app in previous seasons, it's practically a work of art. Observe: 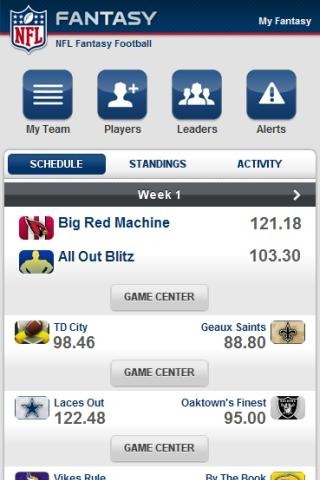 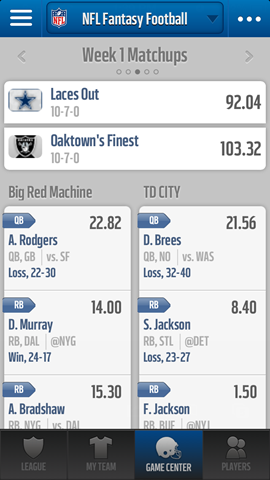 The interface is relatively uniform now, with buttons that seem to be designed for actual human fingers. We make progress. The app includes the standard player-focused embedded news, and can manage multiple fantasy teams in separate NFL.com leagues.

Fantasy Football players can build their leagues and rosters now, but they won't have much to do until the season starts. The NFL.com Fantasy Football app and service are not to be confused with the ESPN app and service - both offer pretty much the same thing, but you'll need to make a league on one or the other to play with your friends.

Update: NFL decided to upload a new version of the app, likely to start fresh and wipe the bad ratings for the year prior. Here's the new listing: