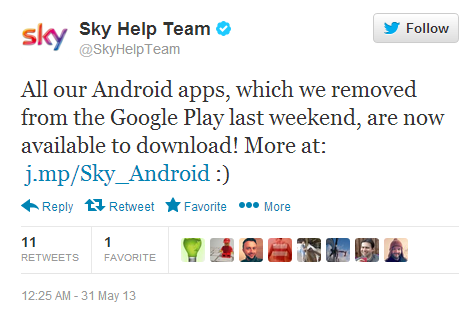 That includes digital streaming service Sky Go, movie rental and purchase service Sky Movies, sports news app Sky Sports TV, and programming guide/manager Sky+. All apps have had their descriptions restored to their states before the hack on May 25th. It appears that United Kingdom Sky customers who had already downloaded the apps before the hack were never affected - only those who tried to download the app during the six-day period ending today were denied access to Sky's mobile services on Android.

Sky is mum on the subject, but it's generally believed that the company's access to one or more of its own email addresses was compromised, which would explain the nearly simultaneous Twitter and Google Play Developer breaches. 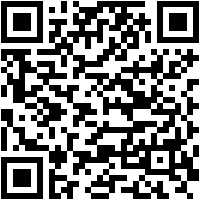