It looks like we won't have to wait until Samsung's June event for an official reveal of the Galaxy S4 Mini after all. This morning Samsung's press department officially unveiled the smaller, budget brother of the Galaxy S4, though "cousin" might be a more appropriate term; the phone does indeed look like its namesake, but that's about where the similarity ends. Like the Galaxy S III Mini before it, the internal hardware makes this device a horse of a different color. 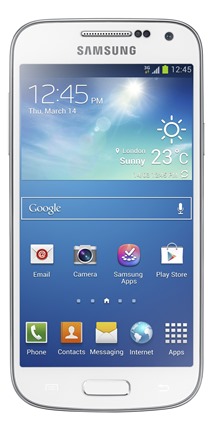 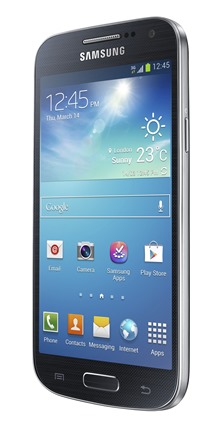 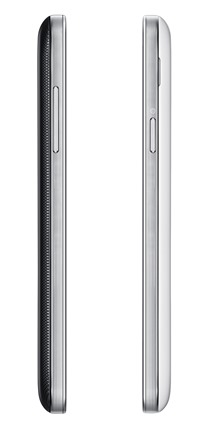 To start things off, we've got a 4.3-inch AMOLED display with a slightly disappointing qHD (960x540) resolution. The smaller screen gives the S4 mini dimensions of 124.6 x 61.3 x 8.94mm (slightly thicker for the dual-SIM version), roughly the same size as the international GSM version of the good ol' Galaxy S II. Power comes from a 1.7Ghz dual-core processor, though Samsung isn't saying exactly what the chipset is. A lonely 8GB of storage can be augmented with a MicroSD card, and since the Galaxy S4 Mini has most of the Samsung software of the full-sized S4, users will likely need to use it. The rear camera is a standard 8 megapixels, with 1.9MP on the front cam.  The Galaxy S4 Mini will be Samsung's first "mini" phone to be equipped with an LTE radio, though the usual 3G and Duos dual-SIM versions will also be available. Software is Samsung's TouchWiz build of 4.2.2. 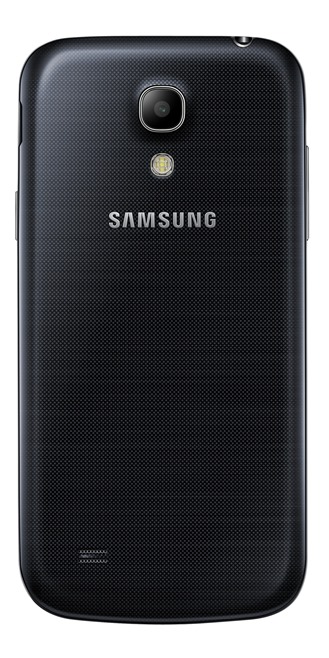 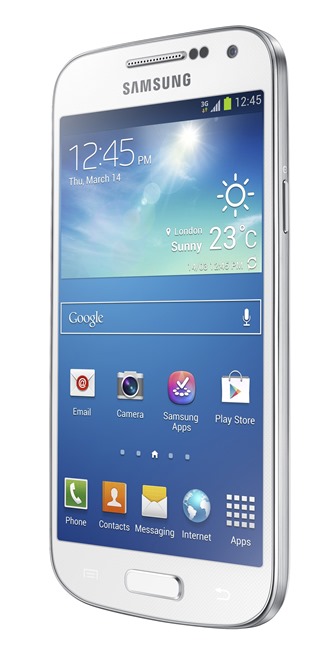 Styling is a carbon copy of the S4, right down to the slightly checkered pattern on the rear of the device. Though Samsung didn't say so explicitly, it's a pretty safe bet that the 1900mAh battery is removable. The S4 Mini gets one premium feature, an IR blaster, which you can expect to see in a lot more Samsung hardware soon. The phone will be sold in white and black versions, with color, radio configuration, and price determined by market. Samsung isn't saying exactly when the S4 Mini will be available, or for how much, but press will be able to get some face time with it at Samsung Premiere 2013 on June 20th in London. 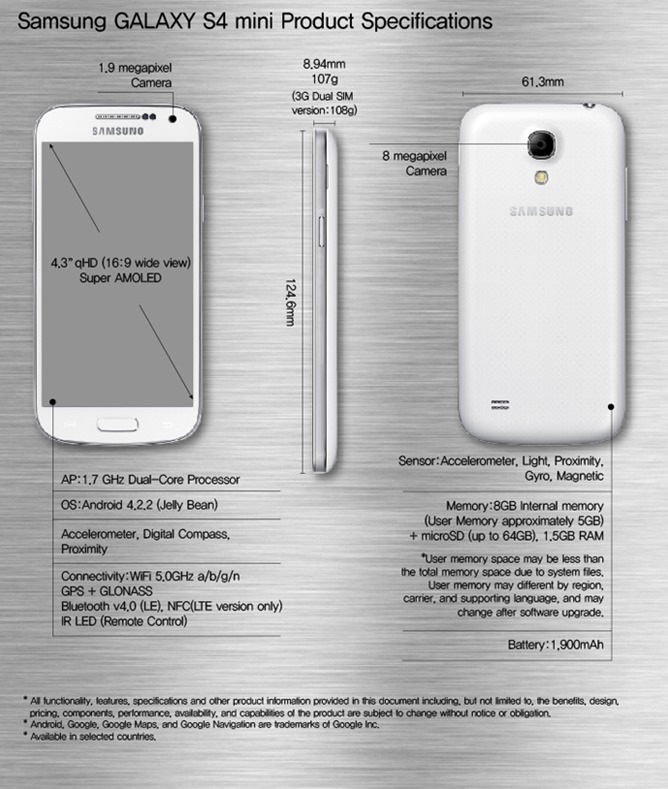 Just a bit of perspective: it was almost exactly three years ago when the HTC EVO 4G became the first Android phone to use an "enormous" (for the time, anyway) 4.3" screen. By 2011, 4.3 inches was the standard for mobile flagship devices, and now Samsung has phones as large as 6.3 inches, with the 4.3" S4 Mini occupying a mid-range slot in the lineup. How the world turns. Here's a little more perspective on how late the US market gets some of the more esoteric devices: T-Mobile's localized variant of the S III Mini, the Galaxy Exhibit, just went on sale yesterday.