I really want to live and eat more healthily, but lets be frank - it's rough. When it comes to exercising, staying disciplined is hard. When it comes to eating nutritious foods, ignorance is easy. For better or worse, that last excuse is going away now that Google is dragging nutrition information into search results. Ask your phone how many calories are in that bucket of popcorn, and let the guilt sink in. 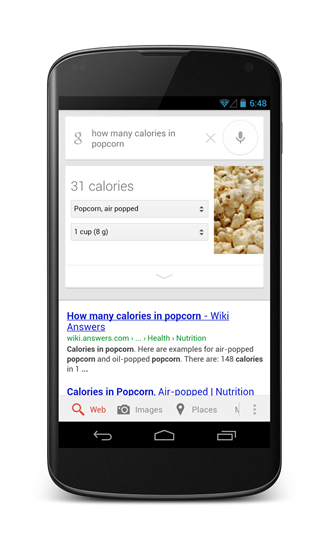 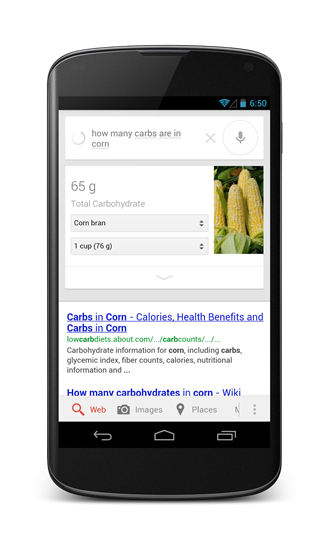 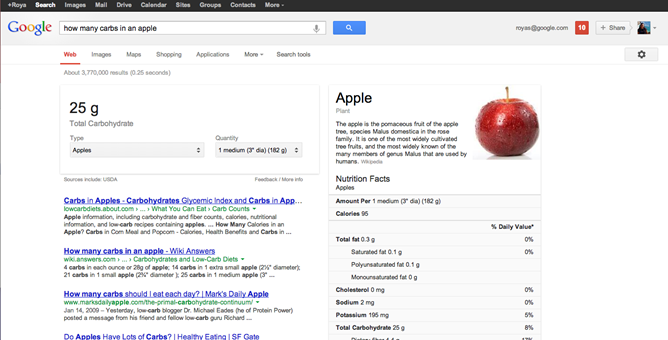 Google can pull out the juicy details for over 1,000 fruits, vegetables, and meats. This information will appear in a text box above general search results, just as President Barack Obama's birthdate already does for anyone who has ever found themselves wondering. More complex meals such as burritos are also included, though I wonder how Google determines what goes into one. A Chipotle burrito and a Moes burrito are not the same thing. And don't get me started on Taco Bell.

The feature is debuting in English today and rolling out in the United States over the next ten days. That leaves some of us with a week and a half of guilt-free eating to enjoy. Better make the most of it.

Glu Mobile Plans To Add Gambling (With Real Money) To Games By The End Of Q2, Starting With ...