Everyone knows that adding a bit of money to a game makes it more interesting. Ubiquitous developer Glu Mobile is putting a lot of faith in that idea, and they plan to roll out a real-world gambling system to their games very soon, starting with Deer Hunter Reloaded. Glu will be using the Skillz platform, allowing players to bet small amounts of real money on the outcome of skill-based games, usually in some kind of tournament or winner-take-all round. 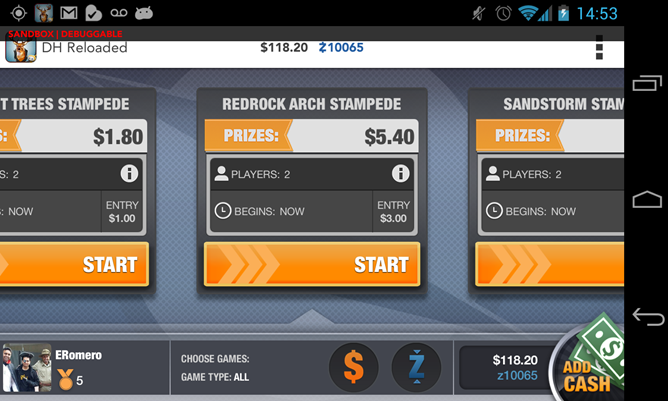 Note the term "skill-based" - that's very important to how this all works. Gambling is an incredibly complex legal issue in the United States, but 37 states allow at least some form of skill-based gambling; that is, the determination of the winner is not primarily based on chance, like roulette. But there are still states that outlaw any form of gambling, and still others that allow skill-based gambling, but disallow Internet gambling, then there's rules on social gaming and specific amounts, casino states, municipal laws... it's a mess.

Skillz has engineered a solution that they think is effective and legal. Before you start a game, it will poll your GPS position, sending it in to Skillz's servers and determining whether gambling is legal in your specific location or not. If you're in the clear, you can bet small amounts on the game. If you can't, you're out, though most developers will probably let you play a no-stakes version.

Glu's looking for more revenue streams, and they're attracted to the mobile gambling segment, which is predicted to grow almost exponentially as more and more developers figure out ways to implement it. When players gamble amongst themselves in a tournament, Both Glu and Skillz will keep a cut of the pot (20% total in these promotional screenshots), with the rest going to the winners. It's not all that different from their current all in-app purchases, all the time model (which we've explicitly called out as a pretty awful way to make a game), except that at least some of their players will be making money. You can expect Glu to push a wide rollout if their initial batch of gambling games are solid earners - a few smaller Android developers already use the Skillz system.

Don't think that anyone's going to get rich playing high-stakes Deer Hunter; gambling on individual games seems to be capped at $3 per game, per player, at least for now. This kind of system has the potential for some very cool functionality, like placing legal horse racing bets from nearly anywhere in the country. That said, there's always the danger of addiction for some people when they gamble with real money, and that will surely be multiplied if the computer in your pocket becomes a legal gambling establishment. Like my grandpappy said: never bet more than you can afford to lose.

Deer Hunter Reloaded is available now, but the Skillz gambling aspects won't be added until this summer.

San Francisco, Calif. - May 30, 2013 - Glu Mobile Inc. (NASDAQ: GLUU), a leading global developer and publisher of freemium games for smartphone and tablet devices, today announced that the company has entered into a strategic relationship with Skillz to introduce skill-based, real-money gaming in certain Glu games. Glu Mobile will integrate the Skillz tournament platform into select Android titles, offering gamers the opportunity to compete in skill-based tournaments for cash prizes.

"The Skillz tournament platform allows us to reach a significant number of U.S. gamers interested in competing for cash prizes in their favorite skill-based Glu games," said Niccolo de Masi, Glu CEO. "We look forward to offering an entirely new multiplayer experience to our audience in the U.S.; an experience that we anticipate will improve user engagement, retention, and monetization."

"We make it easy to offer cash tournaments so studios like Glu can focus on creating the great games we all love to play," said Andrew Paradise, CEO and Founder of Skillz. "Cash tournaments make games more competitive and fun for players, which typically means more users, longer sessions and better ARPDAU."

Players over the age of 18 will have the opportunity to join in-game tournaments through the Skillz platform that result in cash prizes. Skillz will serve as Glu's exclusive tournament provider in the U.S., enabling cash competitions in Glu games in 37 U.S. states and the District of Columbia and free tournaments in all 50 U.S. states. 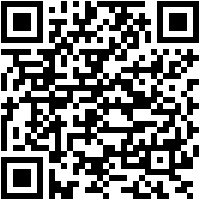