We've looked at Moborobo and all it has to offer once before, but the team has been hard at work bringing new features and tools to the already-useful application. While it has always been a full-fledged Android management suite for end users, the new features really focus on bringing increased functionality for phone vendors, telecom operators, and the like. 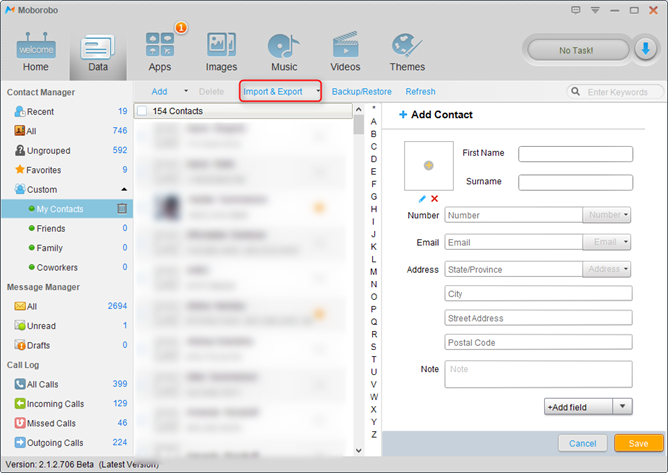 For starters, Moborobo makes it incredibly easy to transfer contacts from iOS to Android and vice versa – a perfect solution for both phone vendors and end users who are switching platforms. That in itself makes Moborobo worth checking out for many users – manually transferring contacts across platforms is a tedious and painstaking process. 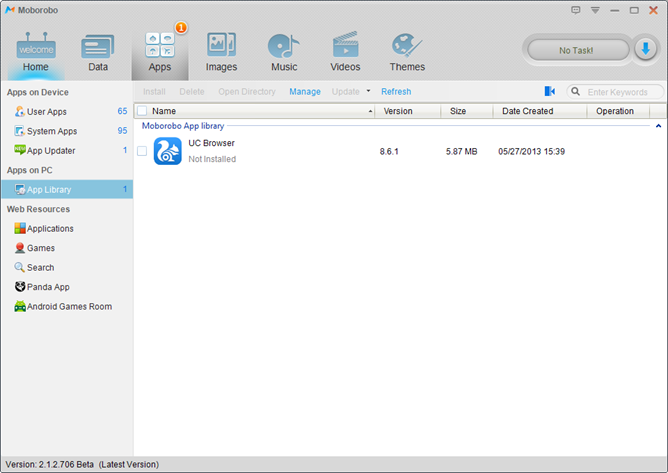 But it goes much further than just that. The new Moborobo allows users to keep multiple apks handy on their PC's hard drive, and instantly bulk install them on a new device, which could be a godsend for phone vendors or users who perform smartphone repair and need to install multiple applications at once.

Speaking of installing apps, Moborobo has its own built-in app market, dubbed MoboMarket, which offers a variety of applications and games. And while MoboMarket's selection is vast, that's not even the best part – this little gem is a data saver, as well. "How's that?"you may be asking yourself. Well, it's pretty simple (and quite clever) – you can navigate the market from within the app's desktop interface, but instead of sending the 'install' command to start the download on your phone (like with the Play Store's web interface), you can download the application directly to your PC and install it on the phone – all without ever having to touch the phone. It's all very seamless and prevents unwanted usage of carrier data, which is fantastic for those on limited plans. Any downloaded apps are also made available in the App Library, which is where you'll find the aforementioned bulk install option. 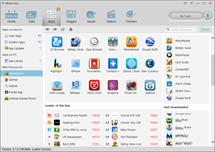 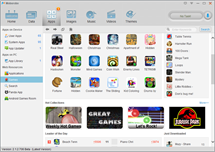 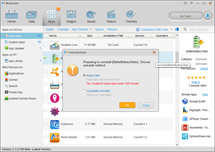 This isn't a one-way street, either; with Moborobo's full app management solution, you can not only install apps without touching your device, but uninstall them as well. Complete control of your content is what Moborobo is all about.

In fact, Moborobo lets you do a lot without ever touching your phone. Send a lot of SMS messages? You can use Moborobo to not only read your messages, but respond as well – all from the comfort of your computer's keyboard. Beats the heck out of pounding out message after message with your thumbs, that's for sure. But that's not all – images, ringtones, and other files can also be handled through Motorobo's desktop client, thanks to its handy file manager. 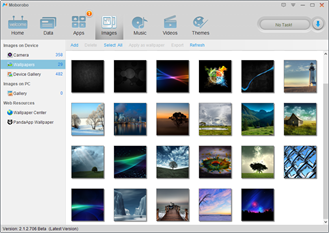 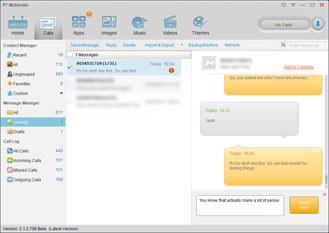 Of course, using all these features over a USB connection is handy, but fewer cables equals less hassle, so Moborobo can also be used over Wi-Fi. In order to connect wirelessly, your device will be the MoboDaemon installed; past that, setup should be a breeze. Now you're running without wires.

If there's one thing to be said about Moborobo, it's that it's an incredibly useful tool for not only smartphone users, but also vendors, telecom operators, users who do smartphone repair, and the like. The best part is that it's completely free to use – no hidden fees, no behind-the-scenes charges.

Just install it to get started. It really doesn't get much easier than that.