I've lived in Texas for upwards of a decade now, and there have been numerous occasions when I've vowed to learn Spanish. I haven't actually followed through with that goal (or even attempted to), but thanks to Duolingo and its new Android app, I think I may finally take the time to learn a second language.

In a nutshell, Duolingo's goal is to offer "a college-quality education without the price tag," which actually sounds pretty good to me. The reviews quoted in the app's Play Store listing liken it to other products – like Rosetta Stone, for example – and even tout it as being better than most of the competition. 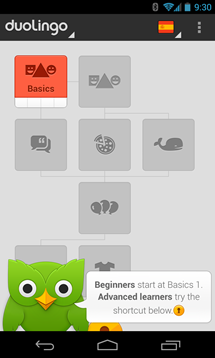 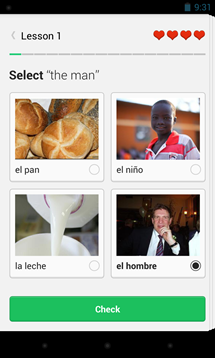 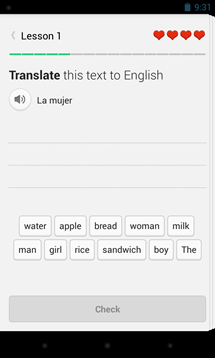 Duolingo almost makes a game out of language learning, as you have to finish each lesson with your "hearts" still intact – missing a question eliminates one heart. Essentially, you're allowed to miss four questions per lesson and still move on to the next; miss more than that and you'll have to start over.

At first blush, Duolingo seems like a neat way to learn a second language (or brush up on one you may not be so good at) – either Spanish, French, German, Portuguese, Italian, or English – and with no price to speak of, it's at least worth checking out. Unfortunately, the app is only available on phones right now – hopefully the developer will make it available on larger-screened devices soon enough. 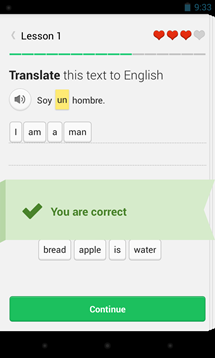 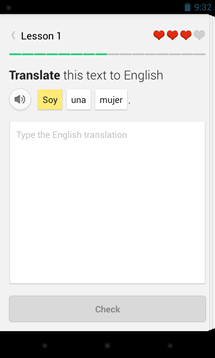 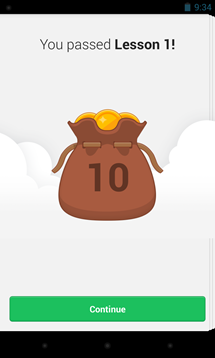