The Pebble Smartwatch's utility was somewhat limited when it launched, thanks to an API that only supported notifications and data going from your phone to the watch, not the other way around. The last update to the API fixed that, and now Pebble has at least some degree of control over a connected phone. Pebble Phone Ringer Switcher from noted developer Faruq Rasid is the first Pebble app we've seen take advantage of this, at least on the Play Store. It's a simple little watch app that allows the user to switch between normal, vibrate, and silent ringer modes. 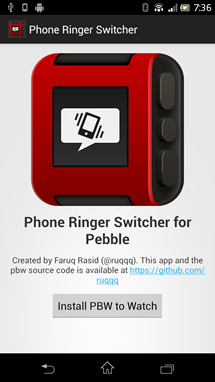 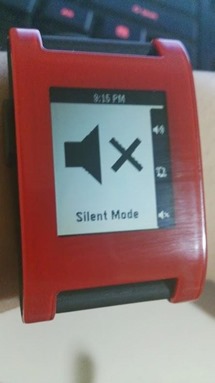 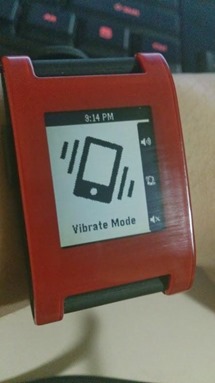 To get it working, make sure that your Pebble is awake and connected via Bluetooth, and you've got the official Pebble app installed and set up. Then download Pebble Phone Ringer Switcher from the Play Store, open it, and tap the button marked "install PBW" (the Pebble's version of an APK file). The new app should appear in the list on your watch. Select it, and use the up, down, and select buttons to switch between ringer modes without ever touching your phone. Unfortunately, you'll need to keep the Ringer Switcher app installed on your phone to keep the functionality - the PBW alone isn't enough.

This sort of functionality should be easy to apply to most of the "power toggle" states in Android - WiFi, data, orientation switching, tethering, et cetera - so I hope these types of apps start popping up more often. By the way, if you're a Pebble owner wondering where all the watch faces and apps are, be sure to check out the unofficial repositories at mypebblefaces.com and allpebble.com. Select the Install Untrusted Apps option in the Settings menu of the official Pebble app, and you're good to go. 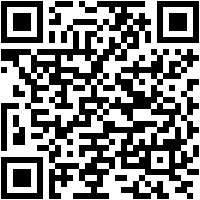 [Deal Alert] LOL Shirts Offering $5 Off And Free Shipping On A Ton Of Shirts (Including Some ...