While I can't confirm the date (even if the information was correct at the time of I/O, plans can change for any reason), what I can show you today are some of the press images of the white Nexus 4, model number E960W (the original Nexus 4 is E960). Press images usually indicate that a device is indeed set to come to market, likely sooner rather than later. 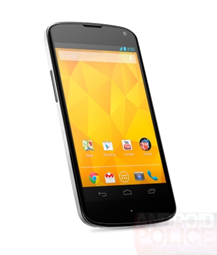 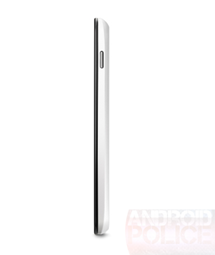 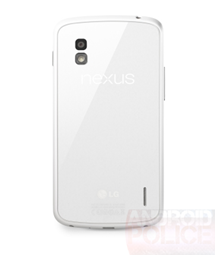 A lot of people are interested in seeing the 32GB variant, but unfortunately I don't have good news today. According to the tipster who sent us the pictures, the white Nexus will come in 8GB and 16GB varieties, which means no 32GB+ options (at least for now).

All the other specs remain the same, including Android 4.2, so I can't confirm or deny whether Android 4.3's release will be coupled with the white Nexus or not. It's possible, especially if the white version indeed launches on the 10th, but it's also possible that we'll see the white Nexus show up even sooner. If something changes on that front, you'll be the first to know.

This is all I have to share for now. Is anyone interested in picking this black-and-white hybrid up? I can't continue calling it white, I just can't.