NVIDIA SHIELD, the company's first in-house built device, is officially available for pre-order for $350. And no sooner than the announcement was made, the "this is too expensive!" comments started showing up. I want to explain why I think that line of thinking is not only unfair, but also illogical.

The issue with SHIELD, in my opinion, isn't actually with SHIELD itself but rather the way people are perceiving it. Sure, it's a portable gaming console; but first and foremost, it's an Android device. A stock Android device. It has access to the Play Store, Google services, and everything else that makes Android great. And it's packed full of the latest tech on the scene – basically, if this were a tablet or phone, the $350 price tag would make this device a no-brainer and everyone would be going nuts to get their hands on it.

And that's exactly how I see it: it's essentially a next-gen tablet. 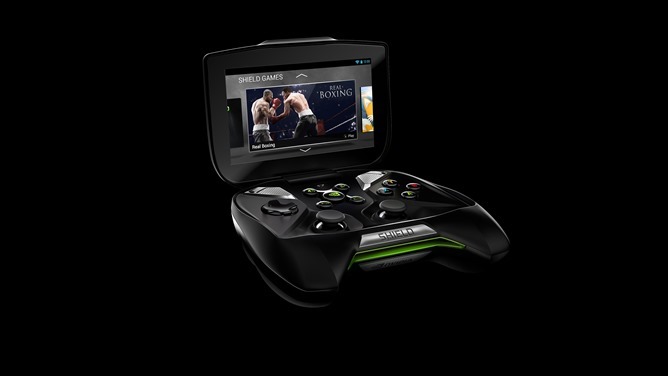 In a few months, all sorts of Tegra 4-powered tablets will be hitting the scene with a variety of different features, at a myriad of different price points – none of which I expect to be at the $350 mark. $400? Maybe, but that's a bit of stretch. $450? Likely. $500 or more? Count on it.

Do you think ASUS will let the next Transformer go for anything less than the TF700's launch price of $499 (excluding the dock)? Not a chance. Or what about newcomers to the game, like HP – we've already seen the company's first Tegra 4 tablet, and it's priced at a cool $480 – a full $130 higher than SHIELD. Sure, it ships with an included keyboard dock, but that's not far-off from SHIELDs built-in game controller. Comparing the two based just on utility is apples and oranges, so for all intents and purposes, they're both just accessories that amplify the device's capabilities. And what we're basically talking about it is what you get for your money – dollar for dollar.

Of course, let's not forget about Shield's standout feature: PC Streaming. This is a killer option for hardcore PC gamers – with a GTX 650 or higher NVIDIA graphics card, any Steam title with controller support will be able to stream from PC to SHIELD over Wi-Fi for away-from-keyboard gaming. This feature is absolutely the first of its kind.

There are a few comparisons to other products being made as well, like I'll just get MOGA Pro for my phone – BOOM, I have a SHIELD. Wrong again. As someone who has both the MOGA Pocket and the MOGA Pro, I can attest to one thing: this solution is an afterthought. Sure, it works well, but it's not as if the phone you own was built from the ground up with a game controller in mind. Firstly, with a MOGA, you're sacrificing precious battery life on your mobile phone, which is a killer in itself. Secondly, you're playing over a Bluetooth connection, which can have latency issues that lead to extreme amounts of frustration and fury. With SHIELD, you can just take it out of your bag and start playing – no need to pair anything. And again, you simply can't stream PC games to your phone. NVIDIA spent countless hours over the last several months (or possibly even longer) designing and building SHIELD – do you really, honestly think that just attaching a game controller to your phone or tablet is the same thing? If so, you're lying to yourself.

There's still another point to be made here: speakers. When it comes to playing games, a good audio experience is the icing on the cake. NVIDIA incorporated some killer speaker tech into SHIELD – something that is so far unmatched on phones and tablets – to provide the best possible experience when gaming. These guys know gaming, what makes it good, and essential elements to make it the best experience possible. For the longest time, I've been pairing my Nexus 7 with a MOGA and Jambox (or similar speaker) when I sit down to play some games. Is it overkill? Maybe, but it makes for a far better experience than using the crappy little speaker on the N7 along with touch controls. It would be nice to have the option to just flip open a screen and start playing without having to deal with pairing both a controller and speaker.

Ultimately, the point is simple, guys and gals: it doesn't matter if you want SHIELD, or if you will personally pay $350 for it – calling it overpriced based on your own desires and/or financial situation is unfair and unreasonable. I realize that the allure isn't there for everyone (and I'm sure NVIDIA does, too), and that's OK. I'm not asking that you immediately go buy SHIELD – that's entirely up to you. What I am suggesting, though, is that you actually take into consideration what you're getting for $350; it's a next-gen tablet. A mobile game console. An entirely new genre of product.

This is innovation, guys. Let's just appreciate it for what it is.

ASUS CUBE Review: Doesn't Fix What Is Broken (That Being Google TV)