Welcome to the latest entry in our Bonus Round series, wherein we tell you all about the new Android games of the day that we couldn't get to during our regular news rounds. Consider this a quick update for the dedicated gamers who can't wait for our bi-weekly roundups, and don't want to wade through a whole day's worth of news just to get their pixelated fix. Today we've got an adorable brawler, a licensed adventure book (what?), a new arcade racing game, and old arcade racing game, and Square's latest casual title. Without further ado:

Sci-Fighters is a ported browser game, a simple multiplayer brawler vein that takes its cutesy science fiction inspiration from Flash Gordon and the like. One or two local players can duke it out in a 4-player field. Each arena has a local robot/monster/vampire that eats players, making it the focus of the combat. A few powerups (including a monster potion) makes the short rounds a lot more interesting.

Designed by FlukeDuke - the creator of "The Impossible Game" - comes a fast-paced action game playable with two players on one device! The games idea is as simple a addicting: You and 3 opponents are set in an arena which is haunted by a monster. Each player tries to be the last man standing using classical 2d-gameplay mechanics. By using different weapons like flash grenades, a monster potion (turning you into a monster), an ice-rifle or even an automatic laser you are fighting for your life over and over again. 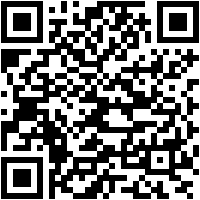 We've already had a rather lackluster Judge Dredd game on Android, but this one may be a lot more interesting for fans of the original gritty comic book series. It fits in that strange intersection of tabletop RPGs and Choose Your Own Adventure-style digital novels, exactly like the other signature tiles from Tin Man Games. It's a bit pricey at six bucks, but if your eager for some Judgment, there are worse ways to spend your money.

Drokk! It's an adventure game. It's an interactive book. It's an RPG. You are Judge Dredd, the toughest judge to patrol Mega-City One, a vast futuristic city, set in the 22nd Century! You, the reader, control the direction of the story by making decisions for Dredd on each page, and choosing your path. Using a realistic dice-based battle system, you get to fight your enemies in exciting shootouts and roll your fate, as you use your array of skills against a variety of perps in an epic storyline. 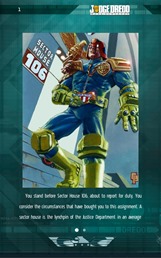 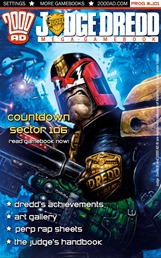 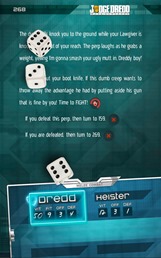 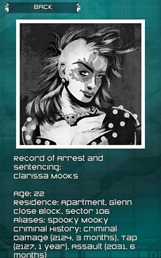 Herocraft tends to bring their A-game to just about every title, and their latest racing title is no exception. Race Illegal seems like the spiritual descendant of Midway's Cruis'n USA, with over-the-top arcade tracks and unlicensed cars. 20 tracks populate the racing world, with online multiplayer, tunable vehicles, and even a storyline thrown in for good measure. It's a free download, so be on the lookout for in-app purchases.

The smell of freshly burnt rubber on tarmac, the feel of the soft leather in your hands, the sound of engines roaring and crowds cheering, open your eyes and experience racing in its purest form, get ready to take to the streets in Race Illegal. Finally the true street racing experience has arrived on your phone. Starting your career as a rookie; you need to earn respect out there before you can challenge the best, work your way through an intense and engaging storyline to prove yourself top dog. With 20 tracks to race, 9 cars to choose from and a whole host of customisations there’s plenty here for the petrol-head to tinker with. 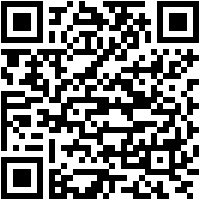 Square Enix is usually associated with RPGs, effeminate characters, and a rabid fanbase, but they do indeed make other games. Mensa Academy is exactly what it sounds like: a quiz game that (supposedly) uses questions and puzzles approved by the Mensa high IQ society. It also proves that game designers will go to any lengths to display cleavage, even on a lab coat. Questions are from a wide range of brain-teasing categories across memory, language, and logic disciplines.

We've covered RE-VOLT before, but now there's a free version for cash-strapped, nostalgic race fans. A few users in the Play Store are experiencing game-killing bugs, but they seem to be in the minority.

The legend of RC Racing game, “RE-VOLT Classic”, back to Android. Race radio-controlled cars through the neighborhood and beyond in the classic arcade racer RE-VOLT! Fast paced, exciting driving, with explosive weapons and unique track designs deliver a larger than life racing experience like no other. RE-VOLT Classic brings the original PC and Dreamcast kart racer back to life with retina visuals, control methods tailored for touch devices and all the great gameplay that made the title such a fan favorite when it was originally released.