Attention, Verizon-shackled Samsung fans (like me): the Galaxy S4 is available today. Like, right now - you could probably drive down to the Verizon store and it would just be sitting there, waiting for you to fondle its 1080p screen. If you want to take it home, it'll cost you $199.99 with a new or extended two-year contract. Still clinging to that unlimited data like the last slice of pizza in the frat house? You can purchase the contract-free version for $649.99. Naturally, you can buy one online as well. 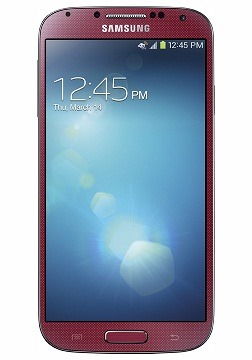 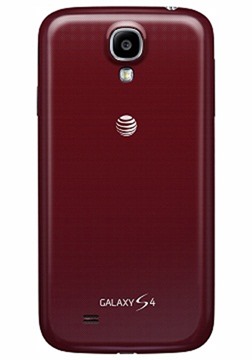 The Verizon GS4 comes in the standard blue black and white shades, but carrier rival AT&T has decided to glitz things up a bit with an Aurora Red version. (Because there's no place like homescreen.) The Aurora Red model will have the same $199.99/$639.99 prices as the regular (16GB) AT&T phone. Fashionistas and Dorothy cosplayers can pre-order the red GS4 starting tomorrow, May 24th, but stock isn't set to arrive in stores until June 14th. I'm pretty sure AT&T is the first carrier to offer a third color choice for the Galaxy S4... which is strange, because you'd think that "Big Red" Verizon would be all over this one.

Since you're here, you might as well read up on how to root that sucker. Here's a method for Verizon's GS4, and here's one for AT&T's, though you'll need to unlock the bootloader first.