Here's what Chrome's new mobile-friendly Translate bar looks like if you visit a site with a language different from your device's (for example, newsru.com): 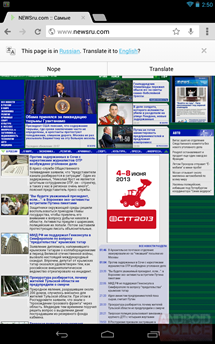 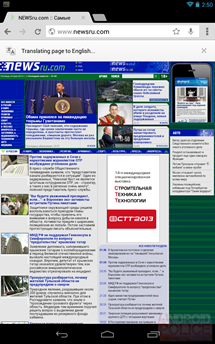 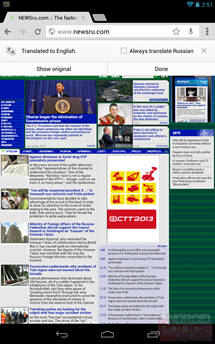 I find built-in translation support to be one of Chrome's most useful features, so I applaud Google for finally bringing it to Android. Fantastic.

Fullscreen came to Chrome for phones back in April, and now it's supported on tablets. Just start scrolling down, and the url bar along with all the buttons will disappear. Scroll up slightly to bring it back. Fantastic way to free up more real estate for reading.

The HTML5 Fullscreen API that gives sites finer control over going into and getting out of fullscreen mode is now supported as well. The screenshot on the right shows what the UI looks like if you visit, say, this demo page. 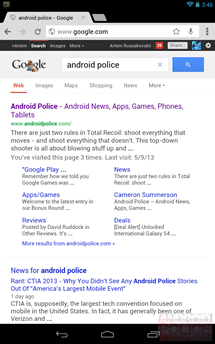 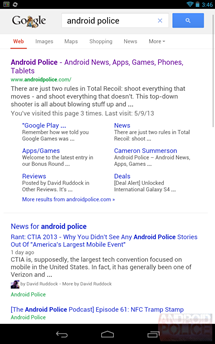 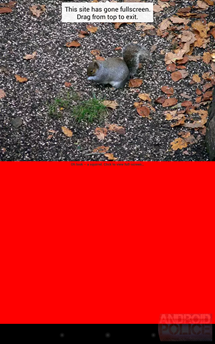 Chrome's bandwidth-saving feature (a remote proxy that Google Chrome connects to using SPDY) now has a nifty graph that shows how many delicious bits and bytes you saved with compression enabled.

Additionally, the Beta has a new "limited preview" onboarding UI to get you to reduce data usage. Since anybody could already enable it in the settings, I guess the words "limited" and "preview" are used to compare the beta version to the stable one. 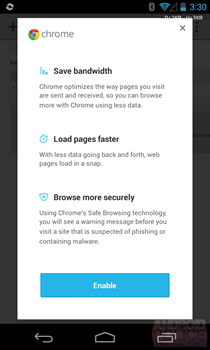 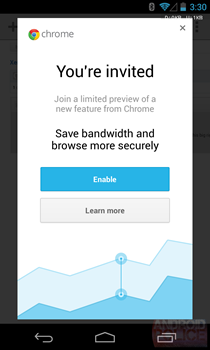 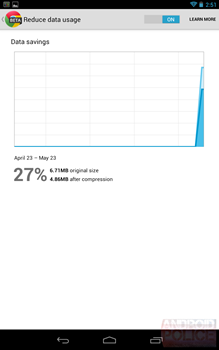 Mobile pages look a little friendlier, I suppose, though not by much: 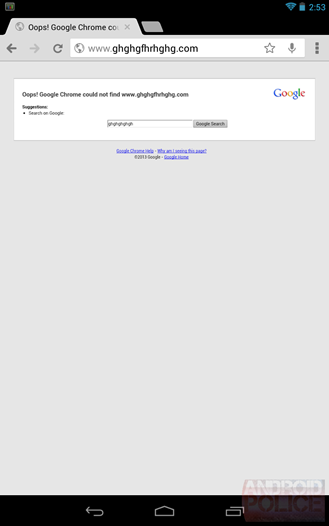 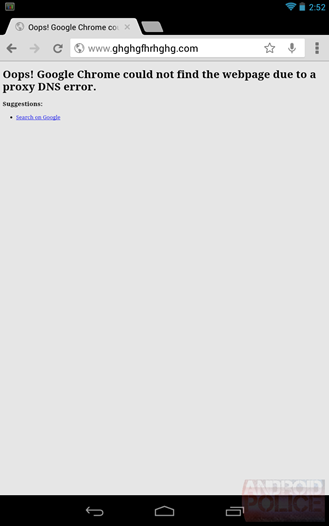 The phone UI now has a new tab button to make opening tabs even faster. Most excellent (thanks to Phil Oakley for pointing this out). This button is neither present nor is needed on tablets, since the tablet UI already uses the same method of opening tabs as the desktop Chrome. 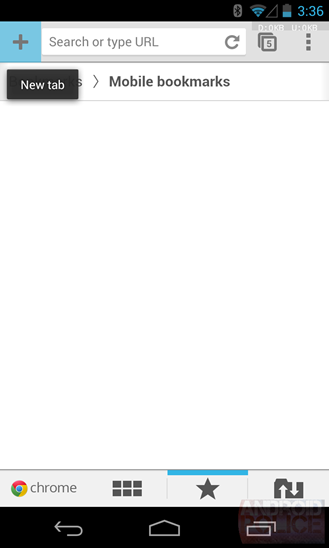 Overall, I'd call this a nice update, mostly thanks to integrated Google Translate support. Go grab it from the Play Store by hitting the widget below.