The UK citizens have sounded off on the BBC iPlayer's Play Store reviews, loudly and often: it's sitting at a depressing 2.9 stars, with more 1-star reviews than any others. The Beeb has been slowly improving the streaming video app, and today it gets a long-overdue update to version 1.7, finally including support for 10-inch tablets. I honestly have no idea why that was such a hurdle for an international media company, but hey, there it is. The app is still free for UK citizens who've paid their television licence, and forbidden to everyone else. 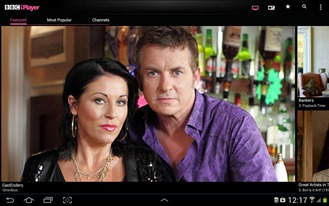 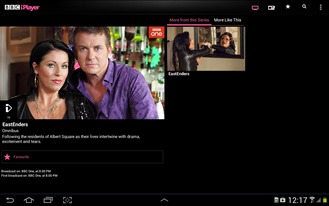 The user interface on phones and smaller tablets has been adjusted slightly. Streaming quality and stability have been somewhat improved, according to multiple Play Store reviews since the update went live. Most of them still seem to be bitter about the fact that the iOS version of iPlayer has video downloads, which Android users are still waiting for. The BBC says they're working on it: "Watch out for further optimisation for larger screens soon, whilst the work continues on video downloads," reads the changelog.