Developer editions of the Galaxy S4 have appeared on Samsung's site, and they have their sights set on AT&T and Verizon customers. Note, this is not the $649 Nexus-like version that Google unveiled at Google I/O. This developer edition is good for tinkerers who still want all of Samsung's software and Verizon customers who really don't have any other option if they want a Galaxy S4 with an unlocked bootloader. Variants for both carriers seem to be only offered in Black Mist color.

Update: The AT&T edition disappeared from Samsung's site. The Verizon one is still there. 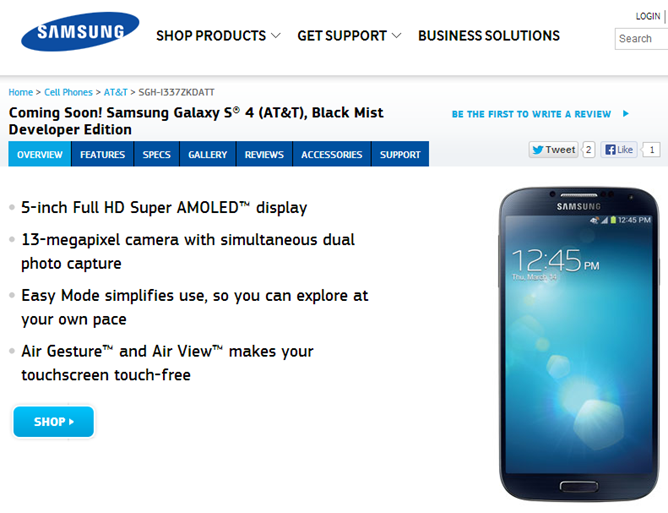 While it's not unreasonably difficult to root the consumer version of the phone, there is a certain peace of mind that comes with using a device that doesn't require the hassle. Release dates haven't been unveiled yet, nor have prices, but I imagine they won't be low enough to draw any more applause than the Google I/O model received.