CTIA is, supposedly, the largest tech convention focused on mobile in the United States. In fact, it has generally been one of Verizon and Sprint's favored handset launch venues in recent years. The EVO 4G was announced at CTIA. So was the EVO 3D. The Galaxy Tab 8.9. The DROID Incredible 4G. Even last year's relatively low-key show brought a few noteworthy nuggets. 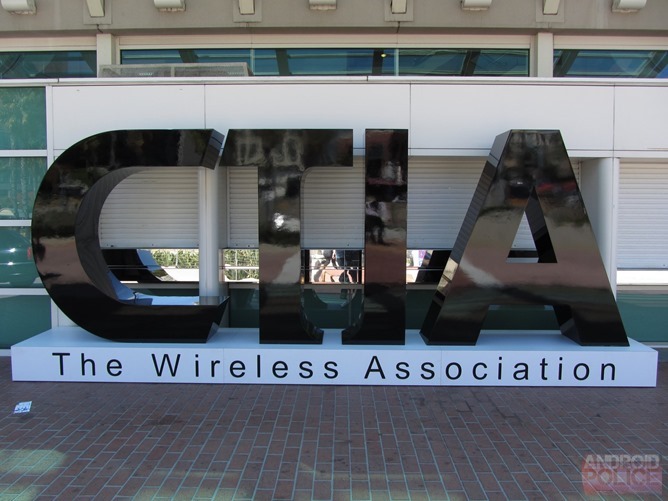 This year, though, is a wasteland. The only new handsets launched were a couple of ruggedized Kyoceras with absolutely dismal specifications. And the show floor itself is insufferably dull - here's who doesn't have a booth at CTIA 2013.

**Nokia has some couches under an arch that says "NOKIA" and a little room for private meetings.

All of these names can still be found on the CTIA 2013 Exhibitors list, but that's only because they all rented out private meeting rooms in the Sands Expo parking garage (yes, really) or "hospitality suites" (read: catered cubicle walls) for VIPs and big-wigs. But none of them are demoing any products. Basically, everyone important is here, but they aren't actually doing much of anything. They're keeping an eye on things, having meetings (carriers with OEMs, OEMs with carriers, etc.), and soaking up a little Vegas sun.

There is nothing inherently wrong with this. But it seems a little disingenuous of the CTIA to market this as "America's largest mobile event," when really, it has quite suddenly become a very much industry-facing trade convention. The kind of convention that members of the tech news press, like us, really have no business or interest in attending in the first place.

There were warning signs leading up to the show, I'll admit. A total lack of press conference invitations (aside from Verizon - and I'll get to that in a minute), no leaked products that seemed to indicate imminent release, and timing (the week after Google I/O) that was guaranteed to hurt coverage of the event. But I still expected it to be better than the CTIA enterprise show last fall, which did actually yield one or two real stories.

So we went anyway, and even arrived early in the hopes of being prepared for a [small] onslaught of product announcements. They never came. That's not to say we haven't received hundreds of CTIA "announcements" via email (or extremely annoying phone calls that some PR people don't seem to understand are, in fact, extremely annoying), but not a single one was relevant and interesting enough to actually warrant further investigation at the show.

You want to see our CTIA coverage? Cricket announced it's going to sell the Galaxy S4. And that story can safely be filed under the "handled by email" category.

Verizon's press conference was a bust, too, where Big Red co-announced that Jennifer Lopez would be starting her own Verizon MVNO targeted at the Latino market in the US (this is absolutely 100% a real thing) called VivaMovil [by Jennifer Lopez]. They won't actually be selling special phones or anything, but hey, look at these uh, beautiful, cases they'll exclusively supply. (VivaMovil is going to heavily push 'accessorizing' your phone.) 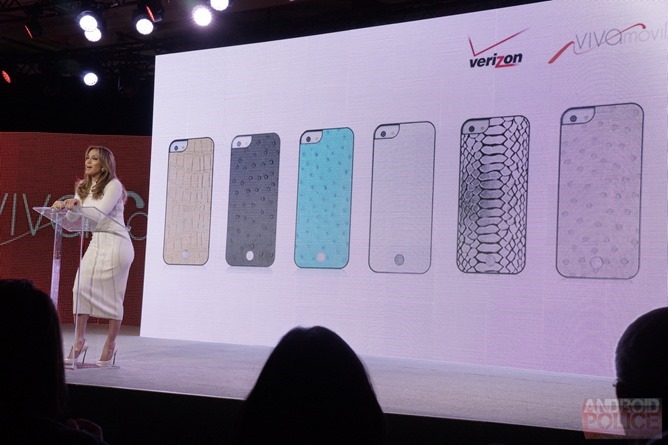 Slightly offensive / maybe a little racist generalizations ("Latinos love Facebook" - Jennifer Lopez) aside, the whole thing just felt absolutely ridiculous. Targeting a cell phone provider at a specific ethnic group? Something about that just doesn't feel right to me, though maybe I'm in the minority on that. But the really sad part is that this will probably be the single most exciting thing to happen during the whole of CTIA, which starts winding down tomorrow.

Even CTIA seems to know its show this year sucks - the entire Sands Expo center is plastered with gigantic banners announcing next year's show, which will take place in the beginning of September. CTIA is so desperate that they've had to form a partnership with IFA to combine-but-not-actually-combine the two shows to run at the same time in two different places next year. Supposedly, each show will deliver the same opportunity to view new products, but I am extremely skeptical that's how it's actually going to play out.

Meanwhile, more and more companies are choosing to launch products at their own private events, and even CES has begun to lose some of its yearly hype. Part of me wonders if we're nearing the death of the product-centric trade show, because all signs certainly seem to be pointing that way.

Men's Room Mayhem Awards Players For Leaving One Urinal Empty Between Patrons, As It Should