Love using Skype and Hangouts but have friends or family that are rarely available to video chat? Glide is an attempt to solve that problem by taking an asynchronous approach to instant messaging. Here's the concept: conversationalists can login with their Facebook credentials, join a chat room, and respond to one another with videos up to 42 seconds in length. Videos are stored in the cloud, available for playback either immediately or some time after their initial posting. There isn't any message limit and data retention is currently unlimited – you won't see your videos disappear in the foreseeable future. 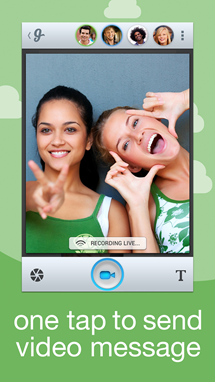 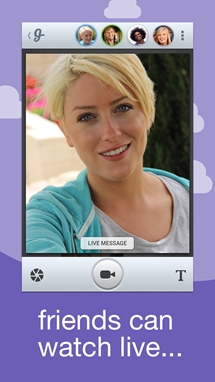 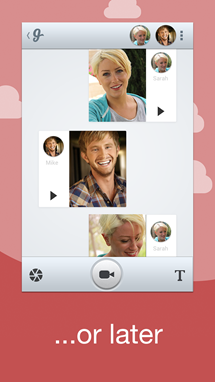 Though Glide is in beta, it's missing some of the iOS app's functionality. For example, you can't play all videos in a chat consecutively, or switch between front-facing and rear cameras while recording. It's an impressive first effort, though. Now comes the tough part: convincing your friends to use it.