Welcome to the latest entry in our Bonus Round series, wherein we tell you all about the new Android games of the day that we couldn't get to during our regular news rounds. Consider this a quick update for the dedicated gamers who can't wait for our bi-weekly roundups, and don't want to wade through a whole day's worth of news just to get their pixelated fix. Today we've got a new puzzle game from noted developer ustwo, Zynga's latest attempt to enslave minions via word games, and another licensed title from Gameloft. Without further ado:

Developer ustwo has cultivated a reputation for simple, unique titles, and Blip Blup is no exception. In this color-based puzzle game, the objective is to color all visible tiles with a series of taps that spread color out in all four directions. It's kind of like Go meets Minesweeper. Modifier panels keep the stages interesting through more than 100 levels. There are some heavy-handed ads (according to the only Play Store review at the time of writing) but they can be banished with a reasonable $2 in-app purchase.

BLIP BLUP is an addictive conundrum of coloration that will consume your thoughts and occupy your dreams. You must carefully consider each move in order to fill every tile with color - 120+ perplexing puzzles await your brainpower! Adapt your thinking to overcome 9 different packs of challenges. Compete with your friends to see who can three-star every level and climb the leaderboards to become the BLIP master. 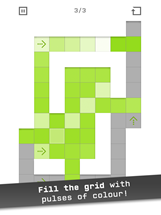 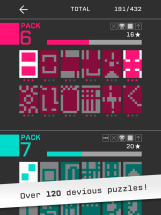 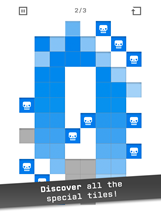 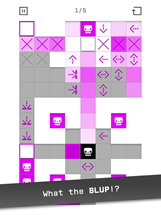 Zynga has already made Words With Friends, Scramble With Friends, and Hanging With Friends, but that's not enough word-based mayhem for them. Their newest title is What's The Phrase, and, well, it's a Wheel of Fortune ripoff. One player creates a phrase, the other player spins a wheel and tries to solve it. Pretty basic stuff, but it's got Zynga's usual batch of impressive social gaming tools (and currency-based IAP). The game seems to be in a limited rollout at the moment, and is unavailable in the US. 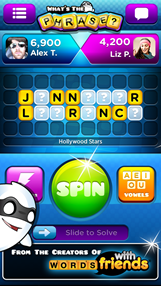 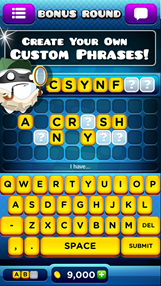 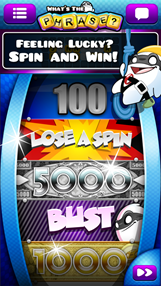 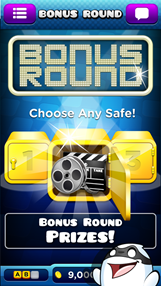 The people at Gameloft wouldn't know originality if it slapped them in the face with an art deco statue of a robot fish, so it seems almost appropriate that they've been commissioned for the official game for a shameless remake of a 20-year-old kid's movie. (FernGully, if you're wondering.) That said, Epic seems to cram a ton of content in. You get a SimCity-style tiny village, a little turn-based strategy, and even some online multiplayer, pitting tiny armies against each other. And it's free, so there's no chance of buyer's remorse after forking over $13 for a 3D ticket. As usual, IAP is included.

From the creators of ICE AGE and RIO, EPIC tells the story of an ongoing battle between the forces of good, who keep the natural world alive, and the forces of evil, who wish to destroy the life force of the forest. In the official Epic game, team up with the Leafmen, an elite band of samurai style warriors, and interact with a crew of comical, larger-than-life characters directly from the movie. Build your kingdom and help them save their world… and yours!