If an official AOSP build and CyanogenMod support have got you hot and bothered to try out Sony's latest entry into the tablet world, there's good news. The Xperia Tablet Z is now officially available through Sony's partner channels worldwide, according to a press release issued this morning. This much-anticipated 1080p tablet is the larger brother to the Xperia Z smartphone, in both design and hardware terms. Sony's US store still shows a pre-order doesn't list any retailers, but Amazon shows the 16GB and 32GB models at $499 and $599, respectively, arriving on Friday the 24th. Newegg has it coming in the day after. 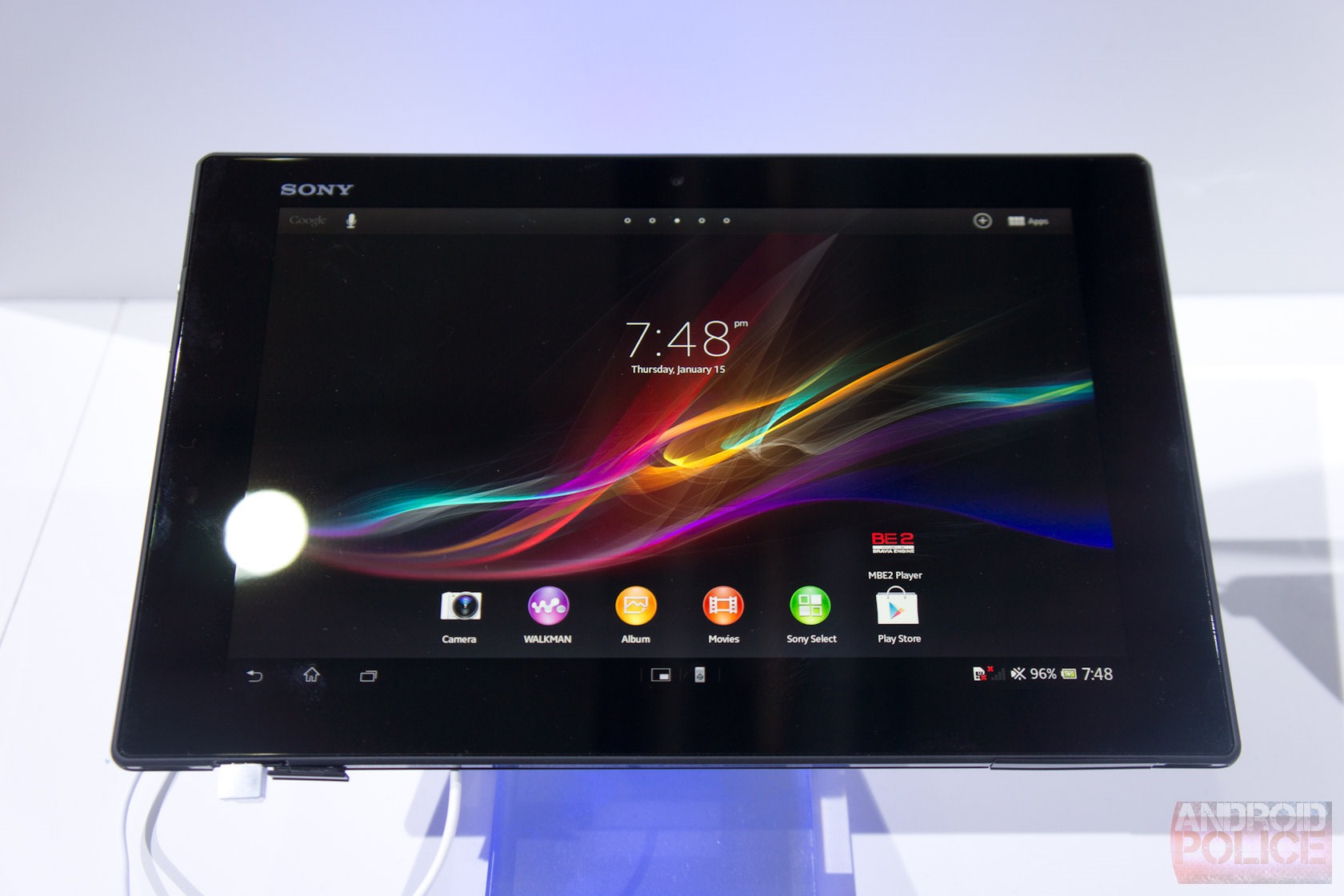 Just in case you need a refresher: the Xperia Tablet Z uses the same Snapdragon S4 1.5Ghz quad-core processor, Adreno 320 GPU, and 2GB of RAM of the Xperia Z smartphone, plus that stylish glass body and industrial design. Sony calls the 6.9mm Xperia Tablet Z the thinnest, lightest device in its class (10-inch tablets with a waterproof rating) and after handling it ourselves at Mobile World Congress, we won't argue. The Xperia Tablet Z is easily one of the most stylish, well-designed Android tablets available, and might even justify its premium price, though we'd like to get our hands on final hardware to inspect the Android 4.1 build and battery life.

One more thing: Sony's press release mentions that both WiFi and 4G models of the Xperia Tablet Z will be available. The 4G version hasn't appeared on Sony's US store, but given the company's surprisingly enlightened attitude towards unlocked phones for the US market, it seems at least possible that they'll release a mobile broadband model here at some point. Cross yer fingers, Sony fans.

LONDON, May 20, 2013 /PRNewswire/ Sony Mobile today announced that Xperia Tablet Z - the world's slimmest, lightest premium Android tablet - is now available to buy across the globe through Sony's retail and operator partners as well as online channels. The multi-award winning product - which recently picked up a Red Dot Design Award 2013 - has received the largest number of pre-orders of any Sony tablet to date.

"Xperia Tablet Z has received an incredibly positive response since it was announced and this is demonstrated by the strong pre-orders the product has received," said Tomokazu Tajima , Senior Vice President, Head of UX Creative Design and Planning, at Sony Mobile Communications. "We believe we have created the ultimate tablet experience and one that is uniquely Sony. Who else would design a tablet that can be used as a media center, a TV remote control - as well as sync seamlessly with Xperia Z and be submerged for 30 minutes underwater!?"

Xperia Tablet Z is also the best connected tablet available and continues Sony's unique one-touch function story using NFC. No other company is making it easier to enjoy content between multiple products such as TVs, speakers and smartphones than Sony.

Sprint Buys Handmark Inc. And Its Subsidiary OneLouder Apps, Will Merge Both Teams With Its ...