Back in the early 1990s, Shaquille O'Neal was one of the largest players in the NBA, and the country could not get enough of him. He released a few albums, starred in a few movies, and even appeared in his own fighting game for the Sega Genesis and Super Nintendo. That title, Shaq Fu, released to instantaneous infamy. When ShaqDown appeared in Google Play back in January, it ended the nearly two decade long wait for proof that Shaq could indeed star in a decent action game. Several months later, One Spear Entertainment is now temporarily making ShaqDown available for free.

ShaqDown features a striking art style depicting Shaq slaying hordes of zombies with his superhuman strength. The game only has three stages, so don't expect too much content. I personally got my fill just by watching the trailer. Seriously, check it out. The intro alone is worth it.

We're curious how One Spear Entertainment intends to make this deal available only temporarily. Apps in the Play Store are able to transition from paid to free, but not the other way around. If the developer wants to return ShaqDown to its original 99 cent price point, they will have to either remove it from the Play Store and re-submit it (at the risk of pissing off customers who have bought the current version of the app) or make the full game available in the future as an in-app purchase. Either way, there's nothing to lose by grabbing the game while it's still free. 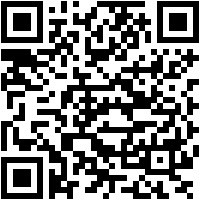 AT&T Says Hangouts Video Calls (And Other Video Chat Apps) Will Work Over Cellular Data By The ...