Throughout the history of the modern smartphone, those who wanted something that could take a beating but keep going were left with one option: buy a device with at least year-old specs. For some reason, manufacturers just couldn't get behind the idea of releasing an ultra-ruggedized device with cutting-edge specs. That has slowly started to change as of late with devices like the Sony Xperia  Z, and now Samsung is looking to join the party and with a rough-and-rugged device featuring top-tier specs. 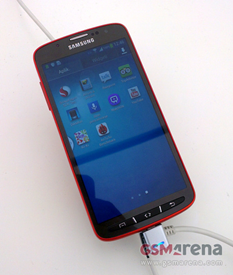 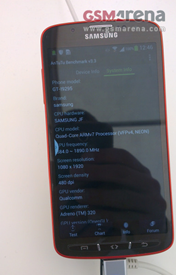 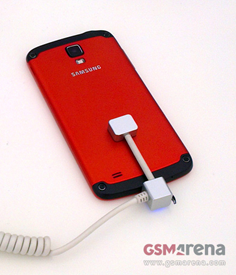 Where it clearly differs, however, is in appearance: this thing looks nothing like the original Galaxy S4. It's said to be both water- and dust-resistant, which explains the drastic change in aesthetics and likely has something to do with the decision to switch to physical navigation keys as well.

Unfortunately, there's no word as to when you may be able to make the Active yours, but we expect an announcement to come soon.

Google I/O 2013 From Our Perspective: The Photos, Bacon, And Crazy Bartending Robots