Few words sound less exciting next to each other than "time" and "management," but time management games have attracted legions of fans thanks to their accessibility and addictive gameplay. Diner Dash is the most popular franchise of the genre, and its debut title has now made its way into the Play Store with both free and paid versions available.

The game stars Flo, a former stockbroker who quits her job and starts her own restaurant. As Flo, players must seat and serve customers as quickly as possible. Flo will eventually upgrade her fledging restaurant and even open new ones. Part of Flo's appeal is how well she exemplifies the American Dream. 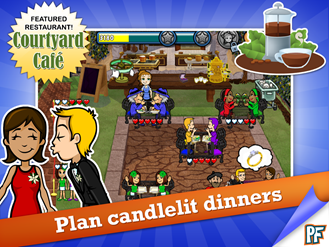 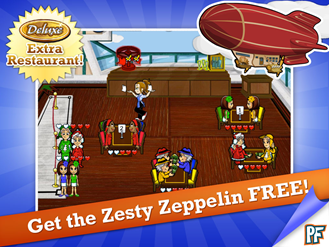 Flo has served quite a few households over the past decade. Diner Dash first appeared in 2003 for the PC and has since arrived on home consoles such as the Xbox 360, PS3, and Wii. Mobile versions have popped up on feature phones and iOS devices along with the PlayStation Portable and the Nintendo DS. Porting Diner Dash to Android removes the last excuse anyone who wants the game could make for not downloading it.

Exclusive restaurants can be purchased via in-app purchases, but gamers who spring for the Deluxe version will also get ten bonus levels for free. The latter version is temporarily available for just 99 cents below.

AT&T Says Hangouts Video Calls (And Other Video Chat Apps) Will Work Over Cellular Data By The ...