The web version of Google+ isn't the only thing getting some extra eye candy after I/O. Today Google announced an updated version of the G+ Android app, incorporating all the automatic photo selection and improvement tools shown during the Google I/O keynote last week, plus a few new additions for the location and stream functions of the app. Version 4.0 will be rolling out to the Google Play Store for the rest of the day - if you've got it on your phone or tablet already, you should see an update within the next 24 hours. 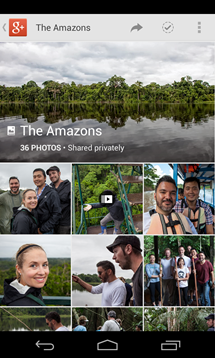 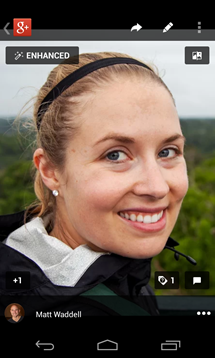 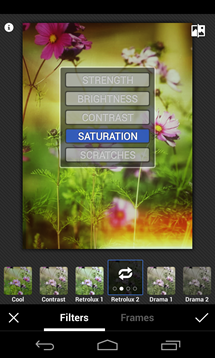 The biggest changes are to the photo functions in Google+. Users can now use Auto Backup with Google+, which honestly isn't that different from the former syncing function. The Auto Highlight selection filters tool is more useful, as it selects the "best" photos from a time or location-based set. Auto Enhance is basically a Google-branded version of Snapseed's user-friendly photo enhancing suite, which can be applied to photos once they're on Google's servers. Both the standard photo improvement and the more flamboyant (read: Instagram-style) filters are present. The more esoteric Auto Awesome toolset, which includes panoramic, photomerge, HDR, smile detection, and motion tools, is also present. 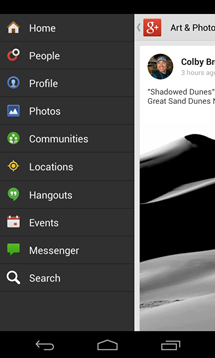 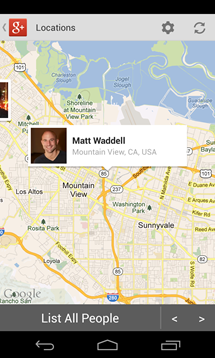 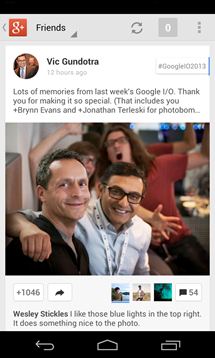 The addition of current user locations to their Google+ profile (only if they've agreed to share their location with you) is nice, as are automatic hashtags on the Google+ stream. If you haven't seen these yet, they're the little bookmark-style hashtags that are automatically added to G+ posts based on content. Like the rest of Google's new tools, they're user-removable, and you can still manually add + or # tags to your posts.

Also, note Google's well-documented obsession with the Hitchhiker's Guide To The Galaxy in the blog post below.