Normally we're a bit wary of reporting on the certification filings that go through the Federal Communications Commission, because frankly, they don't often mean anything. But an entry spotted by the fine folks at TabletGuide.nl caught our attention purely on its geeky merit. There's very little information available about the "H840 DEVICE" - it's made (or at least submitted) by Google, it's listed as a Digital Transmission System and "functions as a media player," it has a WiFi connection, and it runs on AC power. Oh, and the model number is H2G2-42. 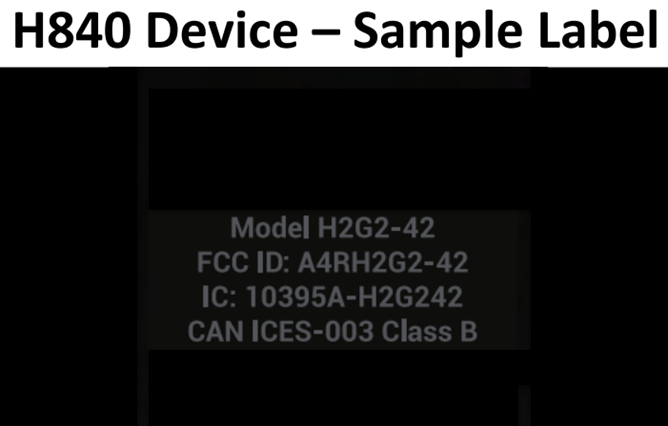 Douglass Adams fans will recall H2G2 as shorthand for The Hitchhiker's Guide To The Galaxy series, a much-loved collection of five books and innumerable spin-offs that lampoons science fiction (and just about everything else). It's not hard to believe that Mountain View is crawling with Hitchhiker fans - indeed, I'd be surprised if there was a Googler who hadn't read or at least heard of the eponymous first book. And 42 is... well, just ask Google about the answer life, the universe, and everything.

All that being said, I wouldn't get my towel in a twist over this news. The test report and Class B status (intended for home or residential use) paints a picture of something similar to a Google TV unit or the Nexus Q, but Google has been strangely silent on that front. Google I/O brought news of a Jelly Bean upgrade for the platform, and that's about all we've heard from Google this year. The Nexus Q, so tragically abandoned after initial units were sent out, has even been dropped from the latest revision of Google Play Music.

So, we've got a mysterious FCC filing, an interestingly geeky model number, and vague hints at media streaming. Google could be planning the biggest thing to hit the home video market since Betamax, or it could just be a bunch of engineers trolling the gadget bloggers of the world. The truth is probably somewhere in between.

Fire And Forget Review: Rough Around The Edges, But Not Forgettable