It's very easy to look at BlackBerry and see a technological Neandertal - the company that almost had it ("it" being smartphones), but then refused to evolve in order to keep up with the competition. Let's not mince words: the iPhone nearly killed BlackBerry, and Android is happily hammering the nails into its coffin.

After the disastrous Storm and Storm 2, few thought BlackBerry had the chops to break into full-touch devices in a big way, at least until Android really started taking off. At that point, it became clear pretty much anyone could make a half-decent smartphone, as long as the software was up to snuff (admittedly, that's about 95% of making a smartphone these days). In fact, I'd argue that making a bad smartphone has actually become pretty hard for most respectable OEMs - any smartphone is, by its very nature, an amazing device.

The problem BlackBerry had is that its smartphones weren't really 'smartphones' in the modern sense. They were sort of ultra-feature-phones. In the pre-iPhone days, they did things most other cell phones could only dream of - like push email, and powerful instant messaging. With their universally-lauded QWERTY keyboard form factor, Blackberries were the choice of professionals, textaholics, and the social elite. Then the iPhone happened, and everything changed, albeit a little slowly at first. Android burst onto the scene a few years later, when the original DROID slider keyboard phones took a sizable chunk out of BlackBerry's previously strong showing amongst Verizon subscribers.

It was downhill from there, and now BlackBerry is hemorrhaging market share on a quarterly basis. 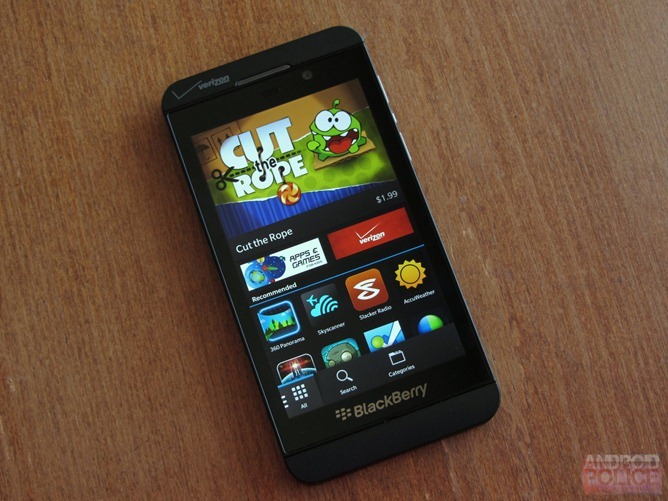 The answer to BlackBerry's woes supposedly comes in the form of BB OS10, and the device it's putting up against its full-touch competitors, the Z10. So, having used Android over three years, and being quite happy with it, how does it feel to drop into BlackBerry's new digs for a couple of weeks?

Surprisingly, it's a lot less painful than I thought it would be. In fact, in some ways, it's been pretty great. This isn't a review, so don't expect every facet of the Z10 and BlackBerry OS to be covered - I just want you give you a peek into what they're like to live with.

Even after a couple weeks with the HTC One, I am honest-to-god enamored with the quality of the Z10 as a physical object. This is kind of what I think Motorola wants its handsets to feel like, except better. Everything about touching the Z10 is wonderful, from the softly-textured rubberized (and removable) rear cover, to the very satisfyingly clicky aluminum buttons. Not only that, but this phone looks great, too. Everything about it says business, it's incredibly understated and tasteful. 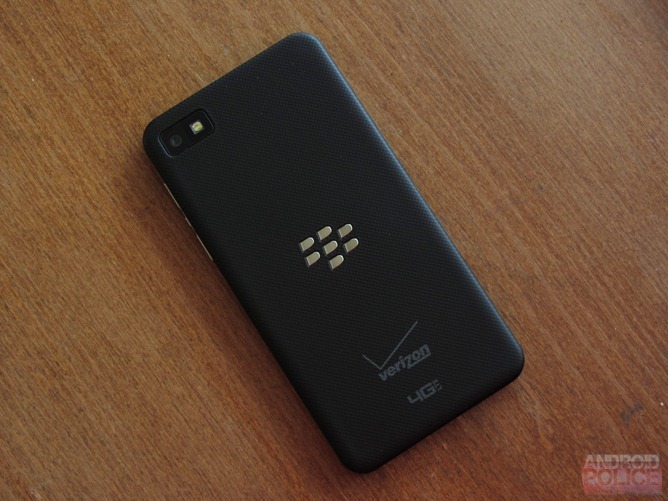 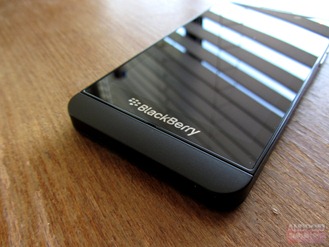 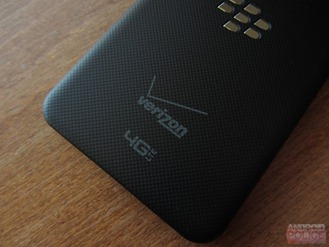 It just feels like an absolute tank, too - there is no give, no odd noises, and no sense at all that what you're holding is in any way "cheap." It's the sort of phone you pick up and just kind of feel in your hand sometimes. This is because while the exterior frame of the Z10's chassis is a hard, premium matte plastic, the entire device is internally supported by a large, stainless steel plate, greatly increasing overall rigidity. That means the Z10 can maintain the nice 'hand-feel' of a matte plastic device, but also have most of the strength of an aluminum one. (I actually spent about a half hour researching this topic, because it's not immediately apparent, and the amount of misinformation out there about the Z10's construction is incredible - rest assured, the exterior is plastic.) 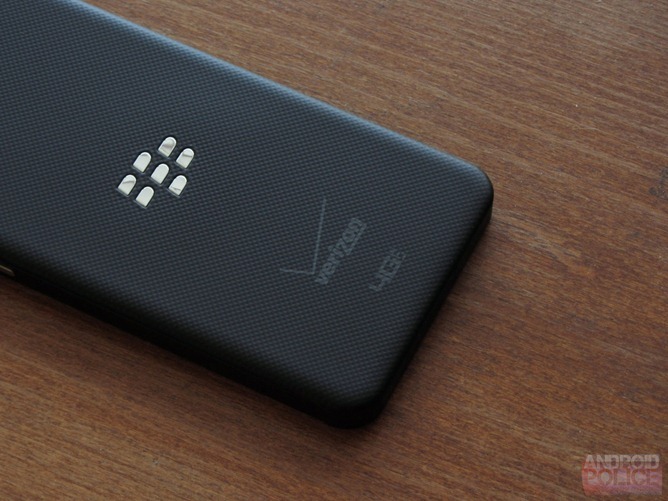 The one notable compromise of this ultra-premium feel is that the Z10 is a bit on the heavy side, especially given that it has a 4.2" screen - it weighs in at 137.5 grams, 7.5 more than the noticeably larger Galaxy S4. To provide a point of reference, the iPhone 5 tips the scale at a mere 112 grams.

The display is a rather oddball 1280x768 resolution, but the panel itself is definitely a winner in my book. It gets very bright - though there is no automatic brightness mode - colors are good, and viewing angles excellent. Given that it's only 4.2" across, the lack of 1080p is simply not noticeable, as the DPI is still a more-than-visible 335. Everything is incredibly sharp and detailed. 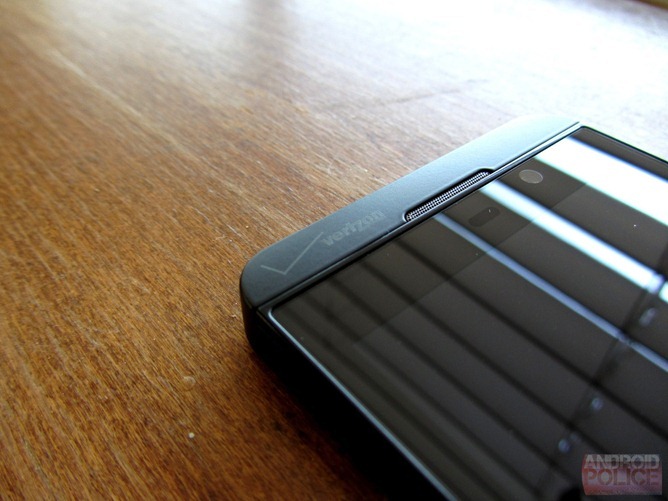 One thing I really love about the Z10 is making phone calls on it, because the earpiece speaker gets incredibly loud. I'm not hard of hearing or anything, but there's nothing worse than getting on a phone call and not being able to understand the other person because either they're too quiet, or where you are is too noisy. I definitely didn't have that problem with the Z10. The external speaker, unfortunately, didn't live up to the expectations the earpiece one set. It's way too quiet, which is probably a significant concern for your average BlackBerry business user.

Battery life has been extremely impressive, in my experience. However, I haven't been using the Z10 non-stop on a day to day basis because, well, I'll get into that in the software section. Either way, the standby life is incredible, and if you're just checking email and making a few phone calls every day, the Z10 lasts and lasts. Verizon's basically near-ubiquitous 4G LTE network probably helps with that, too, and that network is just as fast as ever on the Z10. And like I said, the rear cover is removable, so you can swap the battery and / or insert a microSD card. There's also a microHDMI port.

Oh, and the camera. It's... really average. Macro shots in good lighting are OK, not great, and in larger / more complex scenes, it just constantly overexposes everything. But that's always kind of been par for the course with BlackBerry devices, not that it makes it any more excusable. 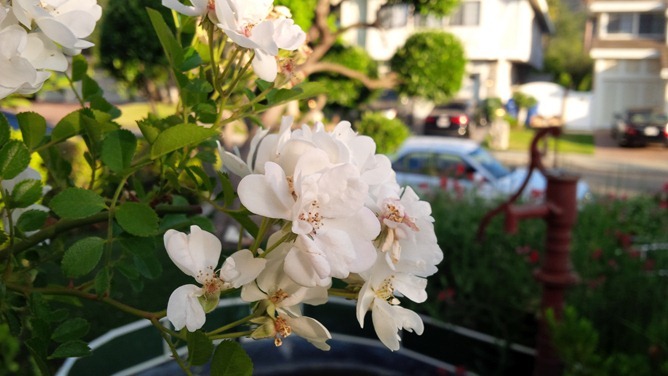 Sure, the Z10 isn't exactly sporting what we'd call cutting-edge specifications. It uses a previous-gen Snapdragon S4 dual-core processor, a small-ish 4.2" display, and a relatively disappointing camera. But honestly, given the way it runs (mostly), and the efficient use of screen real estate, the first three factors really aren't really factors at all for me, they don't detract from the experience. The last one, though, has a lot of room for improvement - cameras are important, BlackBerry.

All in all, as a piece of hardware, it's hard not to like the Z10. It's extraordinarily well put together. This easily stands among, if not above, the very best Android phones out there in terms of build quality. But obviously, we're not done yet.

This is probably what you actually want to hear about. Because the hardware is, well, hardware. Software is what makes a device useful. And really, hardware doesn't really give you much of the "from an Android perspective" ... perspective. So, is BB OS 10 a ruinous, buggy mess? 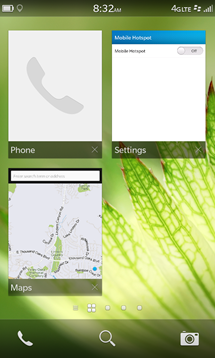 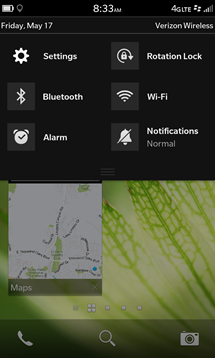 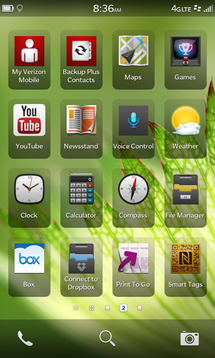 Let me just be blunt: if you're a hardcore (or really, even semi-hardcore) Google services user, you will feel alone, frustrated, and naked on BB OS 10. That's just a fact of life. Like switching to Windows Phone, BB OS 10 has not been given any kind of Google services love, leaving it to BlackBerry to "make it work." Living with this as my only smartphone would be terrifying. Not only are my beloved Google services gone, their replacements are half-baked, and it's plain to see that BB OS 10 really isn't a complete vision yet. It's a work in progress. It's also gestures. Everything is gestures. Pulling down from the top in an app should bring up a settings menu. Left and right swipes navigates panes or sidebars in the app. Pulling up from the bottom of the phone goes home. Yes, it takes getting used to. 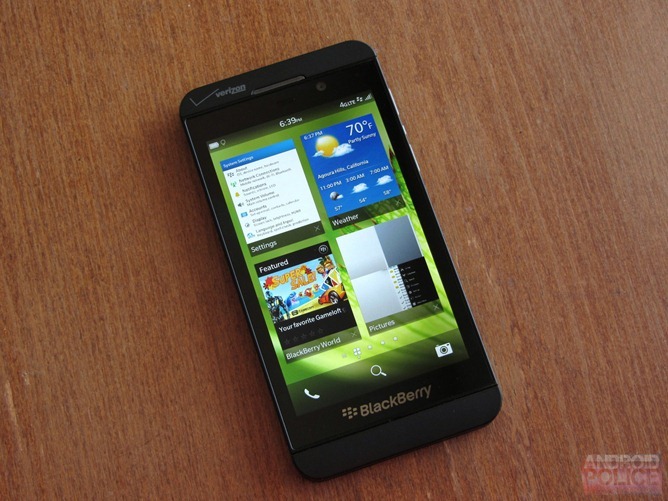 However, as a proof of concept, I am extremely impressed with what BlackBerry has managed thus far. BB OS 10 is a very attractive, fun OS to navigate and use in many ways (not all ways, though), and it's obvious there are still some great ideas floating around at BB. Rather than meander through the entire OS, I want to provide you some of my favorite features a la carte: 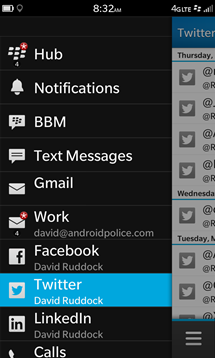 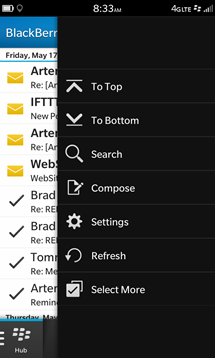 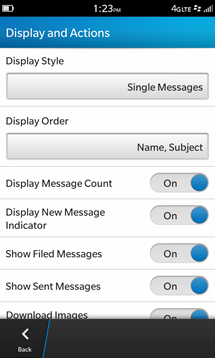 Trust me, I know there's a lot more I could go on about in regard to BlackBerry that provides advantages over Android out of the box. BBM. BlackBerry Protect. The crazy-fast web browser. But it's time to get down to brass tacks, what doesn't BB OS 10 do well? 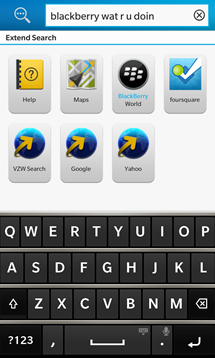 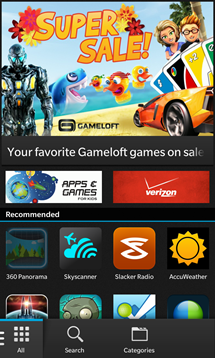 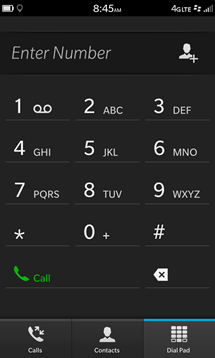 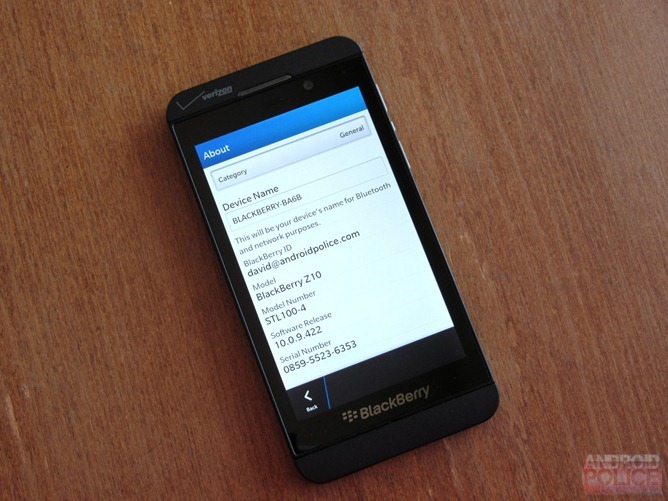 Without getting too in-depth (this isn't a full review, after all), I have to say that I came away from the Z10 with a much better impression than I thought I would. BB OS 10, as a platform, has a lot of potential here, and I think it's pretty incredible that BlackBerry went from BB OS 7 to this in what was a relatively short amount of time. It's just not done yet.

Having lived with Android for three years now, using the Z10 showed me how much Google has done to make a smartphone experience more pleasant, and more useful - through services. Android's web search and voice functionality is simply miles ahead of everyone, and with things like Google Now cards and industry-leading voice recognition technology, I think BB's best hope is to get a version of Google Now for its own platform. It's also become obvious just how invested I am in Google services. Be it Gmail, Maps, Search, Google+, Chrome, Voice, or Talk Hangouts, basically none of that stuff is fully functional on BB OS 10. The generally lacking 3rd party app selection doesn't help either. Living with the Z10 as my personal smartphone would be a major step back.

Could I live with the Z10 as a secondary work device, though? I think that's a much more plausible scenario. It's very good at what it can do for the most part, and as a professional's email and phone call work horse, I think the Z10 still offers a lot, especially if you're already invested in the BlackBerry ecosystem. And hey, BB OS 10 is actually just kind of fun to mess around with, because it's so different. Hopefully BlackBerry will stick around long enough to make something out of it. 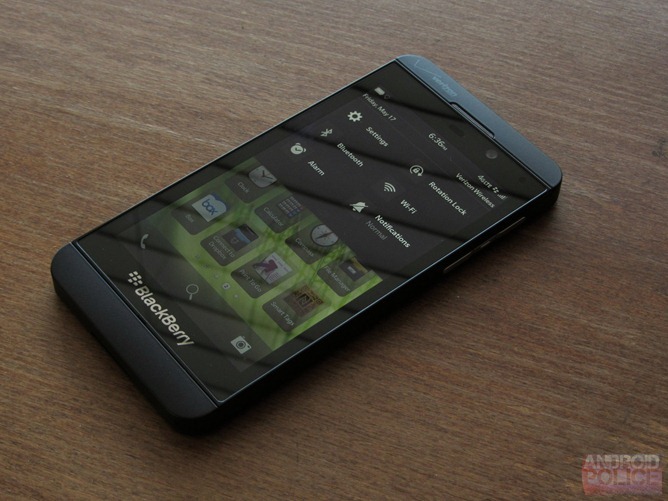