The time has come, ladies and gents – NVIDIA's Project SHIELD (henceforth known only as SHIELD) is ready for pre-order for users who previously signed up to receive SHIELD updates via email. Everyone else will have to wait until May 20th to secure their own directly from NVIDIA or from NewEgg, Gamestop, Micro Center, or Canada Computers, which teaches us one thing: always sign up to be notified of device updates. The actual units should be shipping some time around late June, and the launch will be limited to North America.

Update: Turns out the response for SHIELD has been greater than originally anticipated, so NVIDIA and its partners have moved the pre-order date from May 20th, to today. You can secure yours directly from NVIDIA, or at NewEgg, GameStop, or Canada Computer. Gogogo! 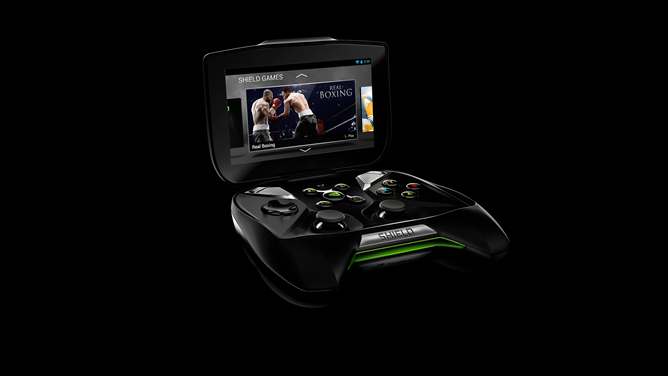 As already stated, SHIELD is hitting the scene for a cool $350 – a full $50 less than we speculated back in January. Given everything this little gem packs beneath its hood, I'd say that's a very reasonable price:

Basically, it's going to be a gaming beast. This is NVIDIA doing what it does best: changing the gaming scene. Again.

Since we last got our hands on SHIELD, the hardware has been bumped up a notch (or two); the joysticks, D-Pad, and trigger buttons are now much tighter and more solid, the back has gotten a sexy non-slip coating for extra grip during intense gaming sessions, and the display hinge hit the gym and bulked up like a madman so it's much stronger / sturdier now.

Right out of the box, SHIELD will have two Tegra 4-optimized games to show off the chip's power: Sonic 2 Episode 4 and Expendable: Rearmed, so you'll be able to see what you're working with almost instantly. It's worth noting that the oft-bragged-about GTX game streaming (playing PC games over Wi-Fi) will still be in beta when SHIELD ships and will stay that way for "a couple of months," so it may still be a bit quirky while NVIDIA finishes ironing out the details so it can provide "the best possible experience" for end users. Definitely can't blame a company for seeking perfection.

NVIDIA claims that Shield will have optimization for the GTX streaming on a number of popular Steam titles (I think the number I heard was 20) at launch, though any game that supports controllers in Steam will technically be compatible with the feature. A GTX 650 or higher desktop graphics card is still required to use GTX streaming, though, so it's definitely something more for the hardcore crowd. 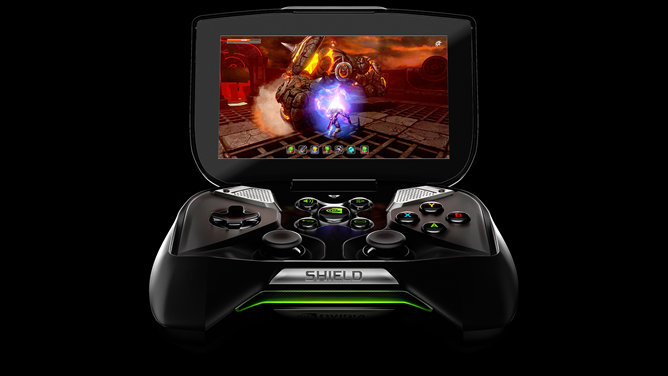 For more information on these titles, check out NVIDIA's official blog post.

SHIELD is expected to ship "in [late] June" for its initial North American launch, and should hit the retail scene sometime after that, with availability from NewEgg, GameStop, Micro Center, and Canada Computers.