The new activity recognition features introduced in the latest Google Play services update are just two days old, but SmarterApps has already released an AutomateIt update in the Play Store that takes advantage of the new functionality. The latest version touts the ability to make your phone smart enough to automate different tasks depending on if you're walking, running, biking, or driving.

The new sync adapter brought in via Wednesday's Google Play services update introduces a location reporting API, a task that previously was performed within apps themselves locally. Apps can now request location data from the new, more efficient fused location provider that's a part of Google Play Services, rather than having to work through Android's built-in location APIs that call on GPS / Wi-Fi / network location. New software, for example, will check in with Google to tell whether a user is being active or doing nothing at all.

AutomateIt is a well-established Tasker alternative that manages Android phones using a more simplistic interface at a fraction of the cost. Activity Recognition has been implemented as one of the many triggers the app already offers, and it fits nicely into the pre-existing layout. Those who are already familiar with the app can simply set their activity as a trigger and create a new rule the way they always have. 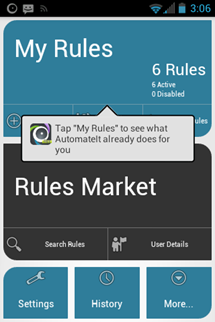 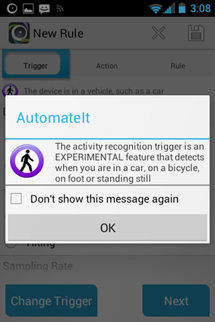 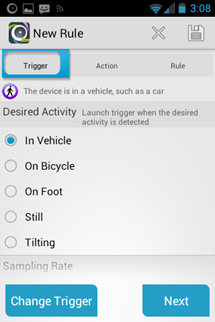 The new features are advertised as experimental, and from my experience, that label is apt. I haven't played around with AutomateIt for long, but I haven't been able to get the new features to work on my phone. This may have something to do with the sad fact that my current phone, a Kyocera Rise, is rather cheap. Your luck may vary. 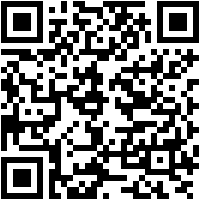 Sending Money With Gmail Is Live, You Just Need To Be Invited - Here's How (US Only)

Here's How To Enable The New Hangouts In Gmail, But Only If You're Ready To Lose Phone Dialing