The Galaxy Reverb is a budget phone on a budget network, the kind that we generally expect to be released, promptly forgotten, and never, ever updated to a later version of Android. But lo and behold, several Virgin Mobile customers on both Reddit and Android Forums are reporting that their phones are receiving over-the-air updates to Jelly Bean 4.1.2. One poster stated that he'd spoken with a Virgin representative who said the the OTA was scheduled for May 22nd, but at least a few seem to have been updated early. 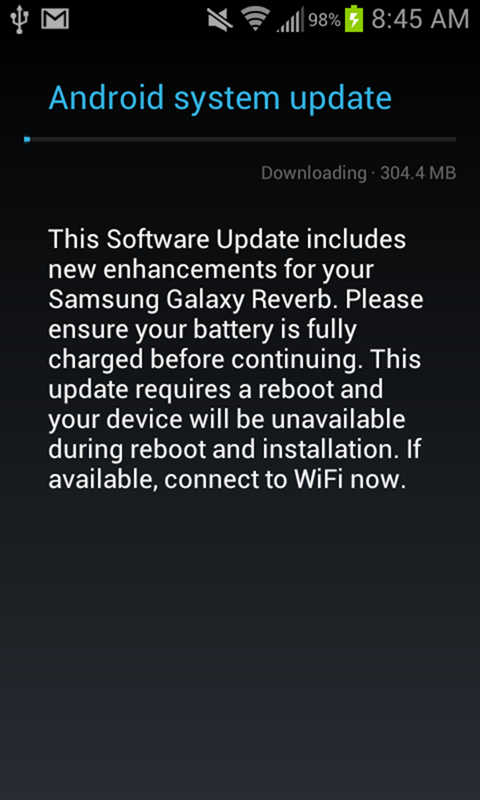 There's no changelog to be had, but by now you should know what goodies to expect in 4.1: Google Now, expandable notifications, native notification hiding, better animations via Project Butter, et cetera. Some users have reported an initial loss of 3G connection after the update, which returns after one or more reboots. But let's face it, they're just ecstatic to be using a newer operating system.

Update: Not ten minutes after I published this story, the official word came down from Samsung. There's still no changelog, but the build number is M950VPMD6. If you're not seeing the update, remember you can do a manual check in Settings>About phone.