At GDC earlier this year, we learned that Sega ported the original Sonic the Hedgehog to Android, giving a new generation of gamers a chance to experience the game that kicked off one of the industry's largest franchises. The port, which finally showed up in the Play Store earlier today (several weeks late), comes with widescreen support and features exclusive to mobile versions, such as the ability to play as Tails and Knuckles. Both characters retain their abilities to fly, glide, and climb up walls. 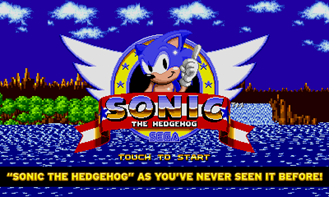 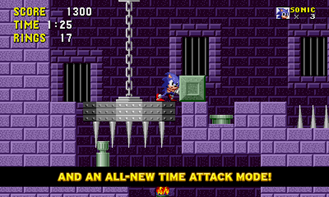 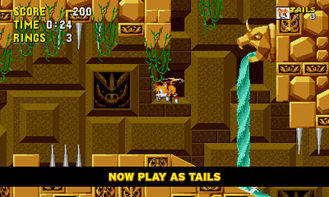 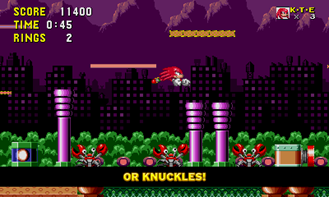 Sonic the Hedgehog has been ported over a dozen times, with at least six of those ports being to other Sega consoles. Even ported versions of the game have been re-ported more often than most games get ported once, such as the 8-bit version made for Sega's weaker consoles. If you have any console released since the turn of the millennium, you can find a version of Sonic released for it, and that's not even counting its sequels. Yet at $2.99, this is arguably one of the cheapest ports yet.

The Android version comes complete with a re-mastered soundtrack, achievements, and leaderboards. Those who aren't old enough to have grown up playing the original shouldn't be surprised that they can't come close to the top scoring player. For many of us, Sonic the Hedgehog was the first game we ever played (Okay, mine was Sonic the Hedgehog 2). It's personal.

The game runs at a smooth 60 frames per second, which could still be too slow for the fastest gamers challenging themselves in the new time attack mode. Though an iOS version also launched today, the Android title offers exclusive support for all HID controllers, including the Power A Moga, Nyko, and Xbox controllers. This could really come in handy when the virtual controls inevitably prove too slow to keep up with some fans.

And despite what the Play Store says, his name was Dr. Robotnik.