Hey, have you heard? Google Hangouts is now a thing. And by a thing, I mean Google's new universal, cross-platform chat solution. Ron's closer look hands-on should give you an idea of how Hangouts works (and how it doesn't). But the launch of Google's Talk / G+ Messenger replacement hasn't gone entirely smoothly, and there remain a few bumps to be ironed out - bumps Google has promised to fix. So here's what we know so far.

A full rollout of the app is coming over the next "several days."

Google added a note to the app description for Hangouts indicating that the app would not be available to everyone immediately, and that even if you installed the app, opening it might take you to the old Google Talk interface. Here's that quote exactly:

NOTE: If you aren't yet able to install Hangouts on your phone or tablet, or the Play Store "Open" button takes you to the old Talk app, hang tight, we are rolling out Hangouts to everyone over the course of several days. Rest assured Hangouts will be available soon for all Android 2.3+ devices, tablets included!

Dan Morrill, another Googler, clarified the issue further by stating that Hangouts is currently set to roll out to only 1% of eligible devices, using Google's new staged rollout system. The rollout will expand greatly in the coming days.

Tablet support is MIA for many, but should be coming "shortly."

At the time of this writing, none of us here at Android Police have been able to get the Hangouts app to actually open on a tablet. It won't show up to install, even from the Play Store web interface. We know some of you have been able to get it up and running, whether by sideloading the APK or just being a lucky son-of-a-gun, but this issue is still affecting a lot of people.

Google Employee Randall Sarafa promises that Hangouts is totally tablet-optimized, but there's been some problems getting the tablet version rolled out. He said yesterday that the issue "should be resolved shortly[.]"

Once again, Dan Morrill provided more info, and the issue has now been tracked back to a telephony-related permission causing the app to appear incompatible with tablets. An update to the app will fix this soon.

Again, we'd expect this to be sorted out in short order, and is probably more of a backend issue that needs fixing.

Hangouts will replace the Google+ Messenger app once chat history is migrated over.

Again, we've got a Google employee commenting on the status of this issue. Google Hangouts is indeed intended to replace the Google+ Messenger app for Android, and it will... at some point. Ben Eidelson explains why it hasn't already:

People have been asking about how Messenger will be affected by Hangouts, the new communications product Google launched today. Hangouts replaces--and improves on the functionality of Messenger. We are working quickly to bring your Messenger conversation history into Hangouts. Until then we will continue to keep Messenger available for users in the Google+ mobile apps.

So, you should expect a Google+ app update some time soon[-ish] that will remove the Messenger app, and expect to see all of your old Messenger convo history merged into Hangouts. There's no specific time frame here, but "we will continue to keep Messenger available for users" suggests to me that this is something a little further off just yet.

Hangouts is getting some form of SMS integration at some point.

There's been a lot of talk about Hangouts getting SMS integration, and the word of a single Google Community Manager is basically now being taken as canon that powerful, complete SMS integration is coming to the platform. On top of that, there's now a setting for "SMS for Hangouts" in your Google Account settings page.

Update: The Google Community Manager in question has since rescinded her comment about SMS integration. 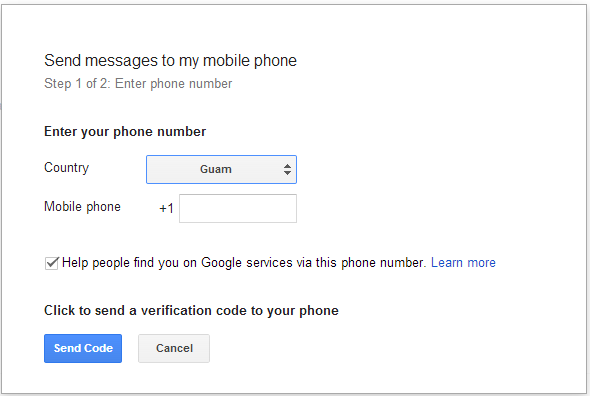 Let's clarify this now: the SMS for Hangouts setting has absolutely nothing to do with SMS integration. It's a feature for users in countries with limited mobile internet access (just look at the list of eligible countries) that allows you to receive Hangouts messages as SMSs when your account is idle. It does not foretell full SMS integration in the app. This is a simple notification method for those who either don't have a smartphone, or don't have easy access to mobile web connectivity.

But why does Hangouts want to confirm your phone number? At this point, the relevant support page says it is strictly in order to help people find you on Google services if you don't have a Google+ profile, or if somebody you know can't remember your Gmail address. They could then type your phone number in when they start a hangout in order to message you. But it seems all too plausible that this could eventually transform this into full-on SMS integration. We'll have to wait and see.

My money is definitely on the "wait" part of the equation.

The Hangouts Gmail web UI is rolling out slowly.

There's not much to say on this one - you may not have the Gmail Hangouts sidebar UI yet. You will eventually. There'll be an option to enable it. In the meantime, if you don't feel like using the Google+ Hangouts UI (which has basically rolled out completely), you can download the Chrome extension.