The app is available now in the Play Store for $7.94, but if you've been looking for a way to kick notebooks to the curb for good, you may not find a better solution. 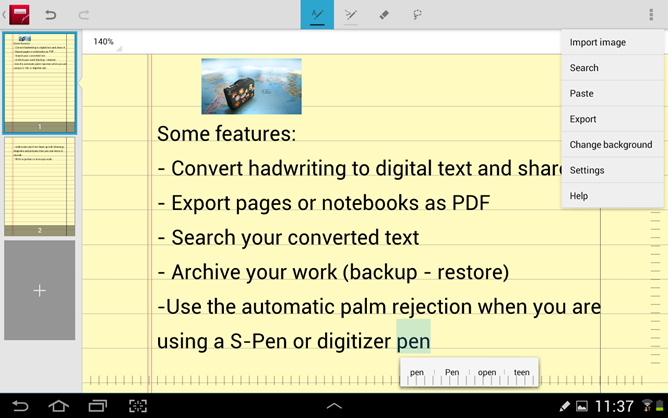