Google asserts that over 97% of mobile shoppers abandon their shopping carts because the process simply makes them jump through too many hoops. To free Android users from this heavy burden, Google has launched a new Google Wallet Instant Buy API that will allow mobile shoppers in Android apps to check out in as little as two clicks. No more poking out lengthy street address and re-looking up credit card information. If you're like me, and already spend too much money because of your phone, this is probably a double-edged sword. Just look at the reduced number of steps in the screenshots below and imagine your bank account slowly draining. 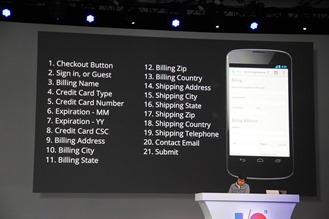 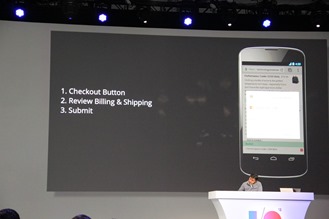 Developers hoping to retain more shoppers can already sign up to use the new API in their Android apps. Google Wallet Instant Buy is aimed at merchants that sell physical goods and services, who already have a payment processor and simply need to improve their checkout experience. Since Google is not processing payments, merchants do not have to deal with additional fees when implementing the new API.

Several apps have taken advantage of this new offering early, including Expedia, Fancy, Priceline, and Uber. These apps will require that you have the latest version of Google Play Services, which should be rolling out to all Android devices in the next couple of days.