Between Hangouts, the gorgeous new Maps, Play Music All Access, and everything else discussed in I/O's opening keynote this morning, several revisions to the Play Store developer's console were announced.

Perhaps the most interesting addition to the console will be an organized method for alpha and beta testing, and staged rollouts.  Basically, developers can select alpha and beta testers, receiving all feedback directly (instead of through reviews) and, when the time comes, roll out the app to certain percentages of the user base.

The changes also include a major help in ensuring your apps make sense to international users – a full translation service by which developers can order specific translations, come back a week or so later, and download the translations directly from the console. This may sound like a weird inclusion at first, but hiring an outside translation company is quite common in other businesses, where written assets are specifically crafted with tone and underlying meaning that must be preserved when jumping between languages. 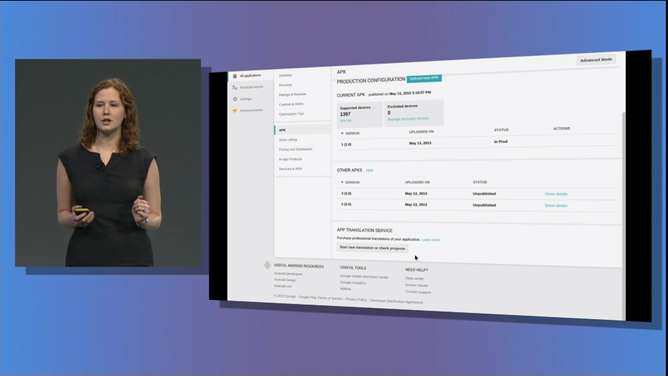 The console will also see the addition of helpful revenue graphs (tracking income from purchases, in-app content, etc.), referral tracking (to see which campaigns, blogs, or ads are driving installs), and helpful optimization tips to help developers get their app in order for tablets and other devices. 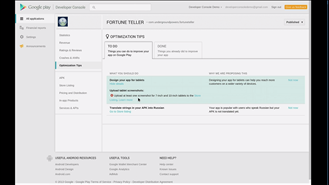 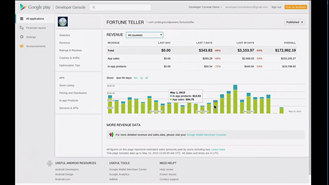 If you're a developer, you've got a lot to look forward to "later this summer," when Google says these new features will launch. If you're an end user, you'll at least benefit from Google's effort to nudge developers toward tablet-friendly practices, also seen in the freshly-announced Android Studio IDE. For the full story, check out the keynote wrap-up at Android Developers blog below.

Google Play Games Is Live, And Here Is A List Of Games That Already Support It