Today, Google announced a new look for the Google+ stream. Gone is the weird, bubbly look that we've had for forever. The cards-centric UI that we've seen on phones and tablets is now coming to the desktop as well. You can select a one, two, or three-column layout and each individual card can flip over with a slick animation and provide more information and options. 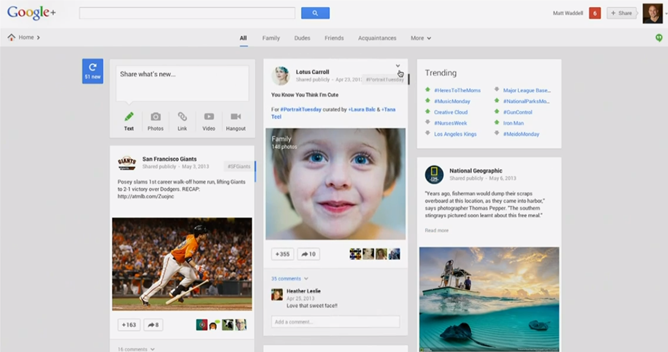 Google's also improving its search and tagging functionality. Now, the service will analyze tags that you've provided and G+ will provide related hashtags to improve discovery. Even when you don't provide tags, Google can infer them. For example, Google showed off a photo of the Eiffel Tower. While no tags were attached, the service figured out that it needed an #eiffeltower tag without any action necessary. Neat.

Of course, the feature we've all been waiting for is Hangouts. This is the service that we've heard rumored under the name Babel. Google wants to be able to unify all the different functions across all services. Text, photos and video chat on Android, iOS, and the desktop. 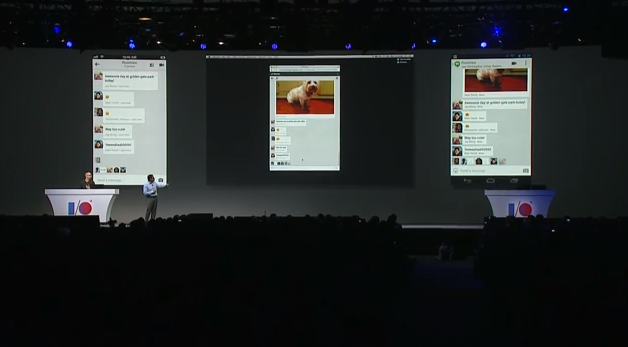 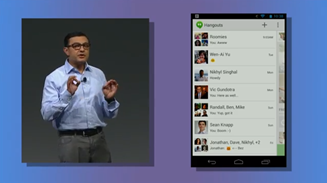 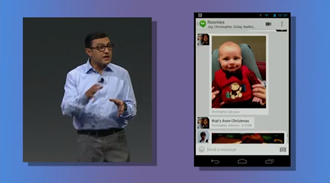 You can have single or group conversations that include messages and pictures in the same feed. This app is available for Android, iOS, and the desktop starting today. Notifications are synced across all devices and you can start a video chat from anywhere. This is truly unified messaging.

We'll be doing a hands-on once this app becomes available. It appears that this will be replacing Google Talk and Google+ Messenger at the very least. No mention was made about SMS/MMS functionality yet, unfortunately.

Update: Hangouts is live! You can grab it via the widget below. As the name says on the Play Store, the app will completely replace Google Talk. The package overwrites your Talk APK, shortcuts, and everything. Oddly, at the moment it only seems to be available for phones, though the official Google post says that tablets are supported as well. We'll have to wait and see if tablets are added soon.