It seems like every cable and satellite operator is in a hurry to provide a second screen app for tablets and phones. And they all seem to have something in common: either they don't offer live streaming, or they do, and the service is rather arbitrarily restricted to use on a home Internet connection. Time Warner Cable's TWC TV app for Android was just updated to get around this restriction... at least in some cases. Unfortunately, mobile access via the TV app is only available to Verizon Wireless customers - everyone else will just have to live with paying TWC alone. 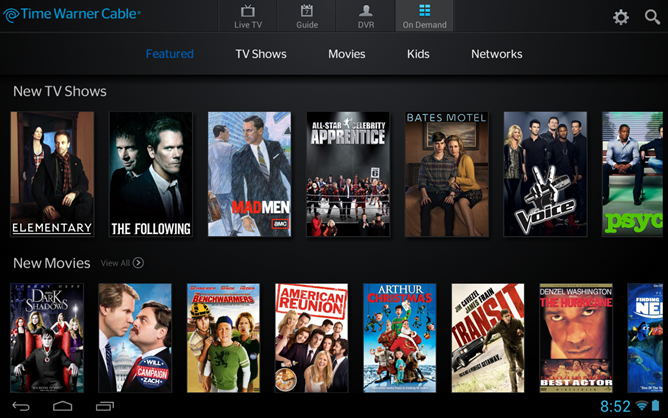 If it's any consolation, those Warner-Verizon customers aren't getting as much as you might think. There are only ten live channels available on the app at the moment: Aspire, BBC America, the Big Ten and Pac-12 networks, belN Sports, FearNet, GMC, and (hilariously) TV Guide. So, college sports fans who also like to watch Doctor Who and Star Trek TNG reruns are well-served. On-demand content is a little more varied, with "1,100 hours" of shows from bigger names like BET, CMT, Comedy Central, DIY, Hallmark, MTV, Nickelodeon, Spike, and Univision, among others. 26 networks in all offer on-demand programming via the TWC TV app. Any Time Warner customer can access this content from a standard WiFi connection, in their home or not. (Tablet users, break out the tethering, eh?)

The TWC TV app has also added live streaming support for Android 2.2 or higher, opening up the service for older devices, and there are more filter options in the TV schedule section. It's a free download for Time Warner Cable users.

NEW YORK--(BUSINESS WIRE)--Time Warner Cable today officially launched the latest TWC TV update for Android smartphones and tablets. Customers now have in home access to over 4,000 hours of Video On Demand content. Similar to the latest TWC TV launch for iOS, customers can also access select On Demand and live TV channels on the go over any WiFi connection. This update also includes performance enhancements and improvements to live TV mini guide to improve the overall user experience.

Customers can download the app for Android devices through Google Play. TWC TV is available at no additional cost to Time Warner Cable Video subscribers. Channel line-ups vary by market and depend on the video subscription package to which a customer subscribes. A Time Warner Cable authorized modem is still required for in-home access to the complete TWC TV line-up. In home viewing of the app is also available on Apple iOS, PCs and Macs via www.TWCTV.com, and Roku Streaming Players via the TWC TV channel.

A full list of available channels can be found on the TWC TV about page. 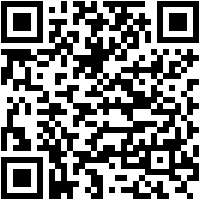