Cydia by developer Saurik has been around the block a few times, beginning in 2008 as a means of installing and modifying software on jailbroken iDevices. A diverse ecosystem has sprung up around the platform, expanding what iOS fans can do on their usually restricted devices. Saurik's Cydia Substrate, a platform for modifying devices without flashing new ROMs, has now made its way over to Android. 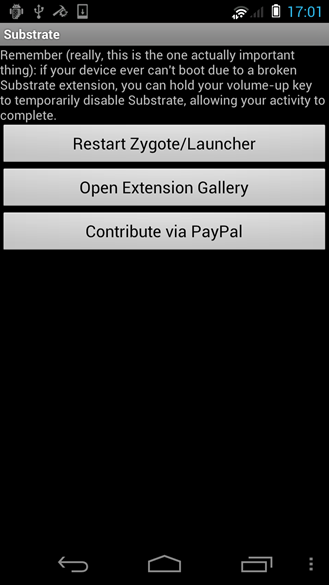 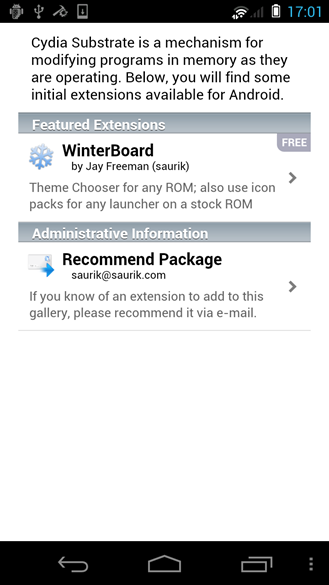 Cydia Substrate does not do anything interesting on its own, but developers can use the platform to distribute extensions that modify software without requiring access to source code. Rooted users are free to load these extensions to pimp out their phones without having to go through all the hassle of installing custom ROMs. Naturally, the practice isn't without its risks. But if you're the kind of person interested in tinkering with this, you probably became accustomed to taking risks a long time ago.

While it's nice to see another app ported over from iOS, this is 2013, and we Android lovers no longer need to wait for sloppy seconds before getting access to certain features. The Xposed Framework already allows users to modify ROMs without flashing or cracking open APKs.

All things considered, Cydia Substrate is a welcome addition to the Play Store and well worth following. Extensions must first be developed or ported to Android, so WinterBoard is the only one there is to see for the time being. Those of you running Gingerbread or higher can grab the app for free below. Keep in mind that this port is fresh, so proceed with caution.