Say The Same Thing is a game backed by the band OK Go in some way that isn't entirely clear. It's a social turn-based experience where you try to get your brain to sync up with another person's as you both call out random words. It's actually more fun than it sounds. 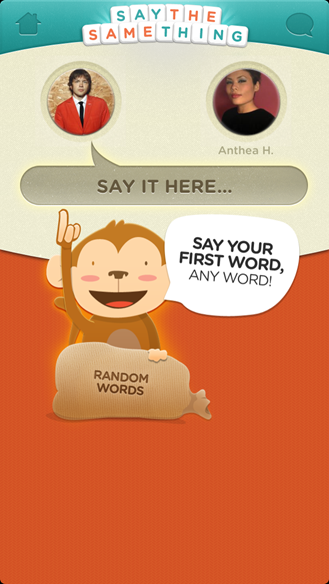 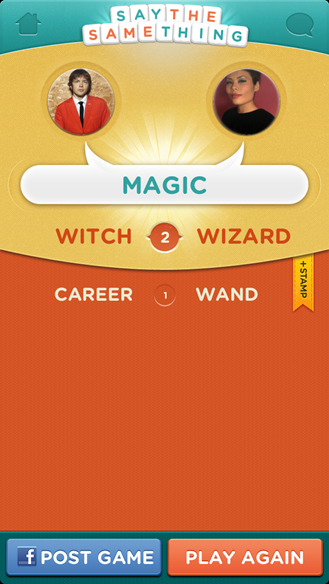 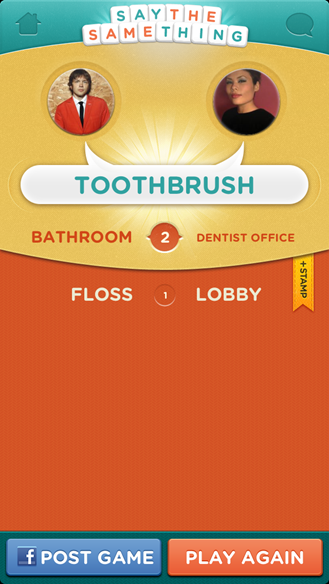 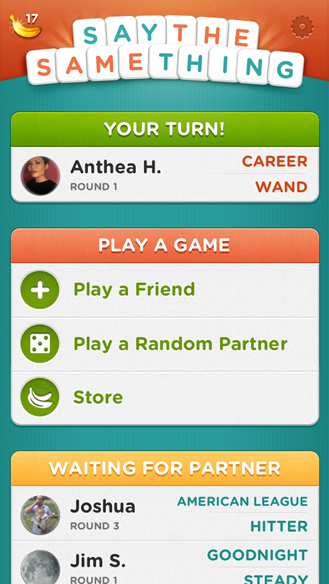 Each round starts with both parties entering a random word. They probably aren't the same one, so you have to pick another word that's related to what you both said. You continue in this fashion until both of you say the same thing, hence the title. But it's probably best you watch this very funny demo video to get a fuller understanding.

Not everything is golden in Say The Same Thing, though. It is free to download, but after you've played 50 rounds, the game forces you to buy more bananas (the in-game currency) to continue playing. Edit: apparently you can get a few bananas without paying, but this supply limits the free rounds you can play. It also requires a Facebook log-in – there is no way to play without going through Facebook. The upshot is you can play against Facebook friends in addition to random strangers from the internet. It's a fun game, but I'm not sure $0.99 for 20 matches is going to seem worth it to most people. 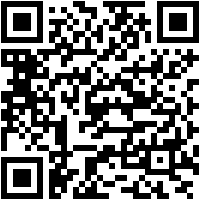