We review a lot of high-end phones here on Android Police. In fact, we probably review a disproportionately low number of entry-level and mid-range devices, because many of them are, well, boring. We also know that you, our readers, are rarely interested in the often no-value value-proposition that these handsets tend to represent, especially in the US. Here, a wireless contract is two years long whether you're buying a refurbished Galaxy Nexus (ew!) or a shiny new Galaxy S4.

This is particularly frustrating for Verizon subscribers. Verizon's prepaid smartphone plans are basically worthless (strict phone options, no LTE). There is no national Verizon MVNO. Verizon's time between device upgrades is now the longest of any major US carrier. New customers are forced into Share Everything plans that are rather expensive for individual subscribers.

And while Verizon's off-contract device prices are generally competitive, they're also extremely rigid: the DROID Incredible 4G LTE is still $500 to buy outright. I'd say, at best, that phone is worth $300. There's always the used option, but I'm not exactly keen on that myself.

What if you want a cheap smartphone you can use on a no-contract plan (month to month) on Verizon that isn't awful? I realize that's an issue affecting only a minority of wireless subscribers in the US, but it's an issue nonetheless. On T-Mobile or AT&T, you can pony up for a Nexus 4. Sprint has a wide variety of MVNO options. But Verizon stands alone. 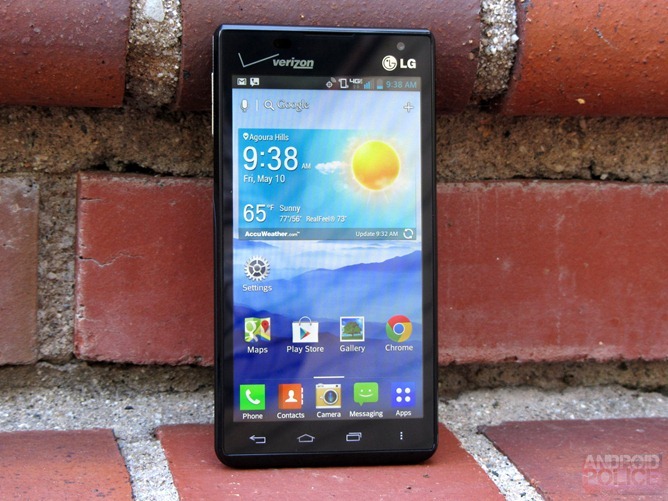 LG, I think, is probably the best company to turn to for an option in this situation - they make the best dollar to specification ratio mid-range handsets on the market right now. That brings us to the Lucid 2, LG's follow-up to the first Lucid, freleased last year. At just $350 off contract (free on contract), the Lucid 2's specification sheet definitely belies its price tag. It's also surprisingly good in practice, too, and is probably the fastest budget-phone I've ever used, by a wide margin.

The Lucid 2 isn't going to be getting accolades for its tight, high-quality build. Or its good looks. Or really, anything at all relating to the manner in which it is constructed. It has yet to physically fall apart on me, so I guess there's that. Otherwise, this is a phone even I would put in a case of some kind, just because it would feel better with one. That, and I'd be afraid of somehow permanently damaging the battery cover or something. It does feel somehow tougher than most devices at this price point, though, probably through the use of thick plastic to keep everything rigid. 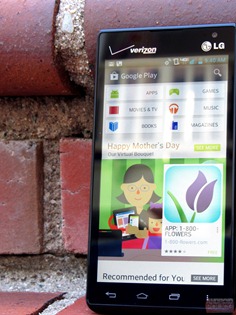 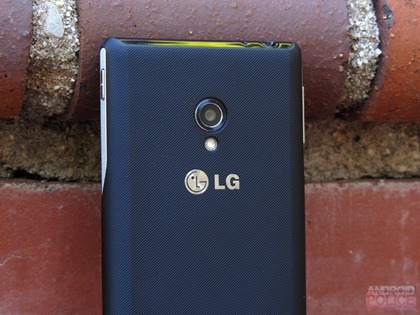 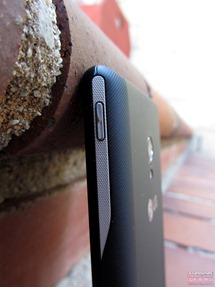 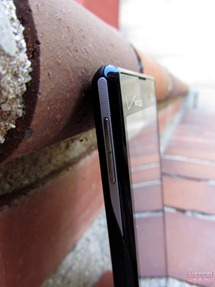 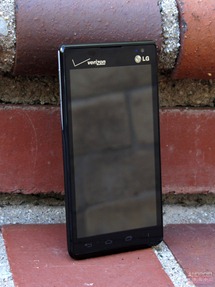 The rear speaker is too quiet, and sounds exceptionally hollow. The volume rocker and power button provide a surprisingly good amount of feedback and have nice, long throws. The edges of the chassis around the display are a bit sharp. The capacitive touch buttons are tiny and crowded. I mis-tapped on several occasions while using the phone. Either ditch the menu button or the multi-tasking one - something's got to give. Call quality was OK, but the Lucid 2 is definitely one of those phones that makes you understand why Bluetooth headsets are a thing, particularly in crowded areas. 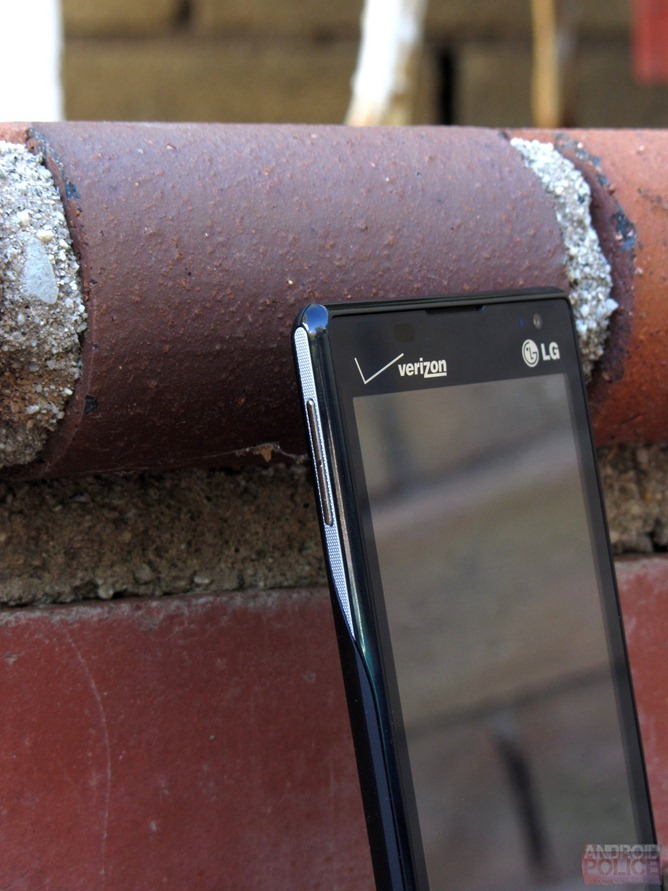 At this price, a win.

The display, while nothing to write home about, is pretty good given the Lucid 2's entry-level price point. Admittedly, this handset isn't something as low end as Huawei's Mercury Ice, HTC's One V, or even many of Samsung's budget phones, but the display is miles ahead of those devices. Viewing angles are surprisingly good, and colors are much better than I'd expect for something in this tier. The qHD resolution is the only real letdown, I'd say. It's not great. The Lucid 2's IPS panel gets pretty bright, as well.

Also, it looks absolutely terrible on camera for some reason. I'm really not sure why it came out so bad in my photos, but it looks nowhere near as awful in person. 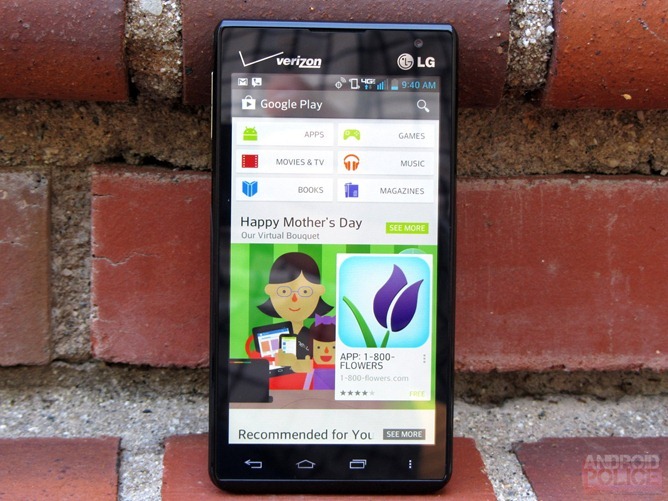 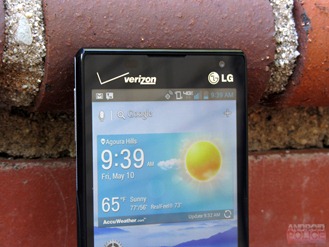 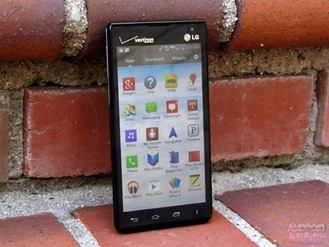 You get what you pay for (not much).

There's 8GB of built-in storage, of which around 3.5GB is usable. This definitely does limit the number of big games you'll be able to download (or apps that require content storage on the internal SD partition), but you can at least expand your media storage options with the built-in microSD card slot.

As I said in the summarized bullets above, battery life has been very, very good. Like, ridiculously good. The Lucid 2 gets amazing standby life, and even when being used on Verizon's LTE network, it's not unusually juice-hungry. The Lucid 2 scores the highest marks for battery life of any handset I've used in the last year aside from the Note II. It's no RAZR MAXX HD, but it's pretty impressive regardless.

Well, it could be worse.

The camera is better than I expected. LG's high-end cameras aren't very good to start with, though, and the Lucid 2's 5MP sensor won't do wonders for your Instagram clout. It's a camera that's there to take decent pictures of [well-lit] things at a reasonable resolution for use on social networks and other basic photo-taking tasks. I didn't expect much, and it didn't give much. Well-lit macro shots came out pretty good, but anything more complex / distant quickly became washed out. Photo capture was slower than I expected, exposure was very unpredictable, and tap-to-focus could often be uncooperative. 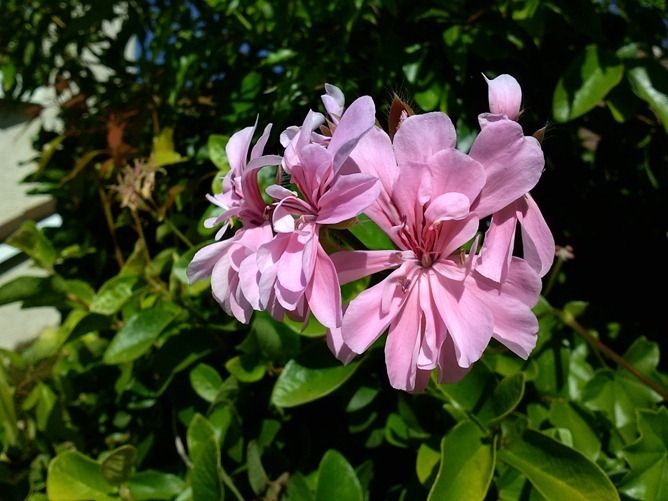 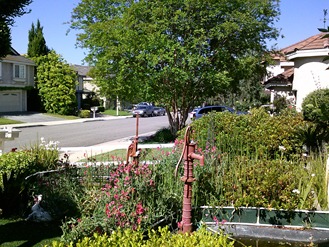 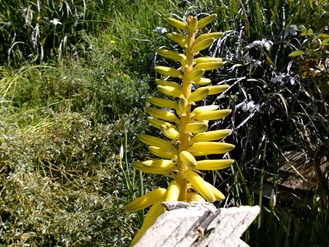 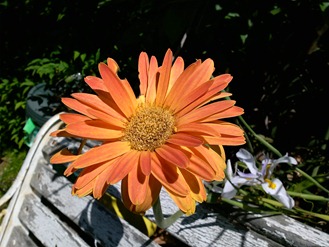 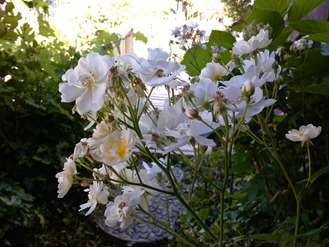 The camera app is pretty good, though I was sad to see it does not support the manual focus mode found in the Optimus G Pro. Everything else, though, including ISO, brightness, shutter delay, scene mode, and a long list of others, seems intact. LG makes a good camera app, it just doesn't make very good cameras.

Fast and functional, but ugly as ever.

This is LG's pretty-standard Android 4.1 software suite, though some of the fancier features found in the Optimus G and G Pro have been stripped out. All the eye-tracking tech is gone, QSlide apps (floating apps) are gone, pop-out video is gone, and the tabbed settings menu I so love is MIA as well. I'm guessing that LG wants to reserve some of these features for its flagship devices just as a matter of business, while others just don't make much sense on a 4.3" screen. 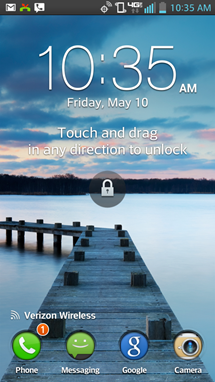 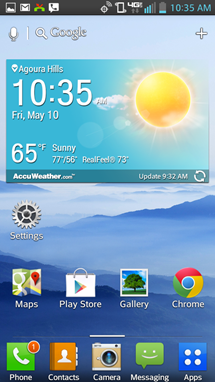 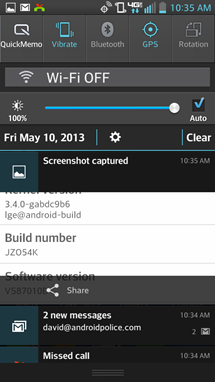 Curiously, the Lucid 2 has the permanently-affixed Google search widget at the top of every homescreen, which was the case with the Optimus G, but not the G Pro. The homescreen backup / restore option is also gone on the Lucid 2, though I don't believe it was on the original G, either.

LG's UI overlay also isn't very pretty. If TouchWiz is a Crayola catastrophe, Optimus UI is a bad acid trip at the carnival fun house. It is fast and functional, though, and I've lauded the strides LG has made in performance and features in the last year with its smartphones. It's definitely time for a makeover, though, Optimus UI is far and away the ugliest major OEM skin out there right now.

Of more concern to most people is what Verizon has added. Well, you can add "infuriatingly large permanent Wi-Fi notification" to that list, as has been the case on many Verizon phones for a while now. It's big, it's ugly, and you can't get rid of it. I guess you have to teach people how to use Wi-Fi somehow (like the annoying pop-up notifications that are enabled by default), but a way to turn off this giant bar would be nice on a phone with a 4.3" screen. 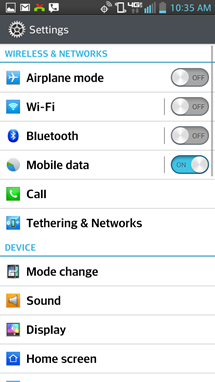 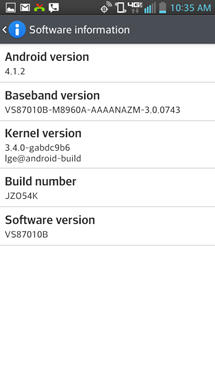 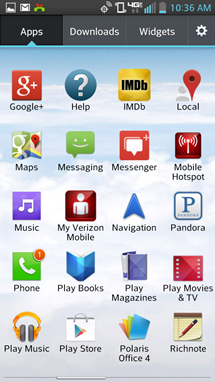 The Amazon suite is installed as well, allowing you to do single sign-on for various Amazon apps, like Amazon Mobile, Amazon MP3, Kindle, and Zappos. I use all these things, so I actually think it's kind of neat. The accompanying widget seems pretty worthless, though. As for other bloat, there are 7 Verizon-installed apps not counting the Amazon stuff. If you do, add 7 more to that list. None of them can be uninstalled. Here's the Verizon stuff: Mobile Hotspot, My Verizon Mobile, Setup Wizard, Verizon Tones, Voicemail, VZ Navigator, and VZ Security. Verizon's definitely gotten better about the bloat over the last year, I have to say. Aside from the (admittedly useful) Amazon suite, there's really not much in here to get annoyed with, per se. 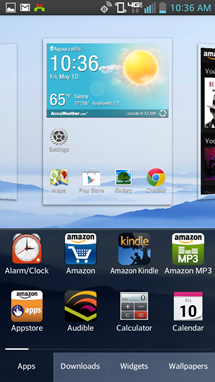 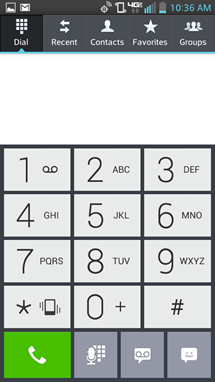 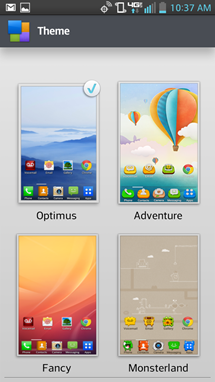 Like I said in the bullets, the Lucid 2 is really fast. LG's Jelly Bean builds have all been crazy-smooth in my experience. I'm not joking when I say that just cruising around the OS, the Lucid 2 feels just as fast as a Galaxy S4 or HTC One 90% of the time. Differences in performance become much more apparent when multitasking, or when write loads are high (such as when installing apps), but it's amazing how far we've come for a "low-end" phone to perform like this.

My one big gripe with the Lucid 2's software is stability. This phone's software doesn't seem quite finished, like LG rushed the builds out the door to get this phone to Verizon. I've had numerous random reboots, sometimes resulting in loss of data connectivity, and when the battery does die, the phone refuses to turn on until I take it back off the charger. GPS performance is also absolutely terrible on my review unit, taking upwards of 30-45 seconds when outdoors to get a lock. I flat out can't get a lock indoors, and Wi-Fi / cell network triangulation can usually only get within 700 meters of my location, which is all but useless for directions or other fine-grain location tasks.

This phone, by definition, appeals to a very niche audience - if you're actually someone who likes Android. You have to not want to leave Verizon, and you're looking for the best deal you can without getting shackled to Big Red for two years. This is the sort of phone you use for a few months until the one you actually want comes out, and then flip on Craigslist to get some of your investment back. For that purpose, the Lucid 2 is unbeatable on Verizon. This is an Android phone you can be pretty happy with generally, even if it doesn't have all the bells and whistles of a higher-end handset, or a truly stunning display. And for $350, you really aren't going to find anything comparable that works with Verizon's network.

The people Verizon will actually sell this phone to, though, are anything but niche. They walk into a Verizon store, and they ask "Which phones are free?" They point them in the direction of the Lucid 2, and that's why this phone exists: to sell 2-year service agreements. It is lock-in bait, no doubt about it. But for being free-phone chum for the masses, the Lucid 2 is pretty exceptional. I think most people will not only put up with it, but actually be pretty happy with it (I believe they'd be happier with the also-free RAZR M, though). I really think LG owns this part of the market right now - no one makes low-to-mid-range phones that are sold on US carriers that compete with LG on the price vs. specification front.

The Lucid 2 is a solid phone, and despite the problems I've had with it, I still give it my recommendation as a good unlocked buy on Verizon. 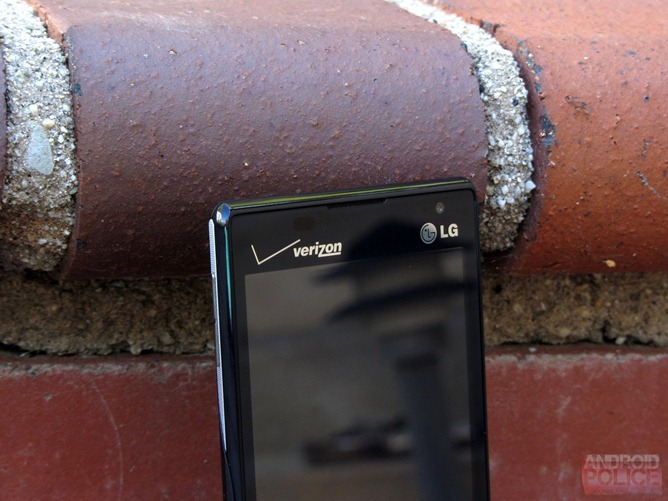