Hulu's premium TV service hit 4 million users last week, and to celebrate, they've released an update to their Android app. (Actually, the update probably doesn't have anything to do with that. Forget I mentioned it.) The 2.8 version of Hulu Plus adds some much-needed improvements, particularly for playback and video seeking. The free app (tied to the paid service) is now compatible with a wider range of devices - the Play Store is showing everything from the Galaxy S II to my Nexus 7 running Android 4.2 as compatible. 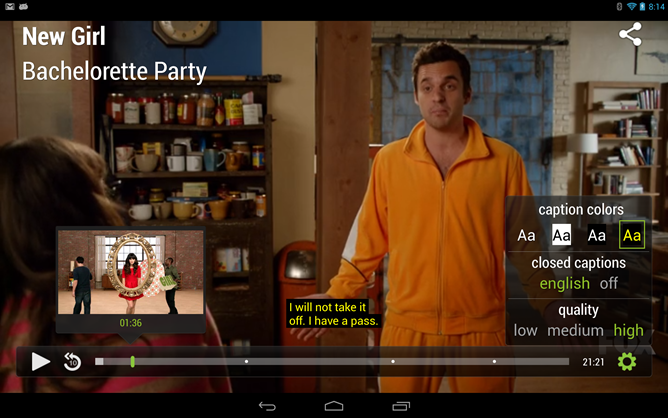 The revised app has better playback performance and reduced buffering, a great help to anyone who's trying to catch up with All My Children over 3G. You can also see a pop-up preview while tracking through an episode, and there's a 10-second rewind button (a lot like the same feature in the Netflix app). Lastly, Hulu Plus now supports game controllers and other external peripherals, which should be handy if you're using your phone or tablet with an HDMI cable. Unfortunately, the app still isn't universal - my dusty old Droid Incredible is listed as incompatible.

According to the latest reviews in the Play Store, the update has indeed addressed some of the more annoying streaming issues. If you're a subscriber, let us know how the app is working for you in the comments.