Readers, Babel no more. As first reported by a historically credible member of The Verge forums and confirmed today by a Tech Radar source, Google's unified messaging platform will be known as Hangouts when it's officially unveiled, and may launch as soon as Google I/O. Tech Radar's contact provided a screenshot that further lends credence to the new name: nestled among the emoticons and toolbar of the alleged interface, an expanded drop down menu includes particularly conspicuous options referencing "Hangouts," which is the closest thing to a dead giveaway that I can think of. 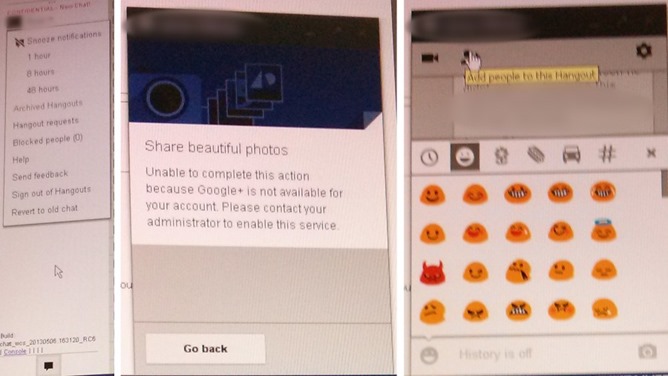 Google's efforts to consolidate its Talk, Google+ Hangout, and photo sharing services into a cohesive product have been rumored for the past several months. According to the leaks, Google Hangouts will launch with iOS, Android, and Chrome support, and largely mirror the functionality of competitors like Whatsapp. It remains to be seen whether or not Google's offering will be compelling enough to get users to switch.