Welcome to the latest entry in our Bonus Round series, wherein we tell you all about the new Android games of the day that we couldn't get to during our regular news rounds. Consider this a quick update for the dedicated gamers who can't wait for our bi-weekly roundups, and don't want to wade through a whole day's worth of news just to get their pixelated fix. Today we've got a new title from Crescent Moon, a sequel to a tower defense favorite, unique puzzle and adventure games, and an Xperia Play-optimized version of a popular beat-em-up. Without further ado:

Full-on flight simulators are still a little too much for mobile platforms (because of control issues rather than a lack of power), but arcade flight sims are getting better. Fractal Combat might just be the best yet, thanks to fast, frantic gameplay, good graphics (especially the environments), upgradable ships and equipment, and customizable touch controls. The free game does have IAP, but only three: ad removal, bonus ships, and extra levels, making the "full game" $3. That's freemium done right, folks. No one could accuse Crescent Moon games (makers of the solid Ravensword and Aralon titles) of deceptive advertising with Monkey Boxing. It's a boxing game, and it's got monkeys. It's also got spiffy 3D graphics, a traditional 2D fighter layout, and a fighter customization system that's nothing short of ridiculous. Best of all, it's a complete game for three bucks (no IAP!). Multiplayer includes local WiFi fights or a two-on-one-device mode, but sadly, no Internet battles. The original Toy Defense was well-received among the picky tower defense crowd, and the sequel adds a new WWII setting, more units, more levels, et cetera, et cetera. Interestingly, developer Melesta Games has gone for a somewhat historically accurate vibe, with real battles and units... that are still toys. The full $2 game is in the widget below, but you can try out the free demo before laying down your digital greenbacks.

Toy Defense 2 is the long-awaited sequel to the multi-million-download hit Toy Defense! Set in WW2, this action/strategy game is packed with more levels, amazing new features, a big selection of fighting units for each world, and more intense action than ever. Take part in various missions in a range of theaters of war, from the picturesque beaches and forests of Normandy to the deserts of northern Africa. The most epic battles of WW2 await you! Say hello to Chuck. He's a sentient blob of goo that in another era might be getting his own b-movie gorefest instead of a cutesy mobile game. Chuck the Muck is a mix of World Of Goo expansion and Angry Birds physics, where you fling Chuck (get it?) around the level via his own gloopy slingshots. Impressive 3D graphics help move you through 40 levels of platform puzzles. Give it a try if you're in the mood for some light-hearted fun with surprisingly high production values.

Meet Chuck, a spunky little blob with an ENORMOUS appetite! Keep him happy and watch him grow by collecting crystals in this physics-based adventure game. Use your finger to stretch and pull gooey globs of muck, creating bridges, shooting ooze cannons and flinging your high-flying critter. Navigate through treacherous environments avoiding exploding volcanoes and sneaky Welk guards as you pick up special bonus gear to advance your quest and reveal hidden challenges. The crystal buffet is open and it’s all you can eat, so get ready to Chuck the Muck! This game is so indie it hurts. It's a point-and-click adventure in the classic style, but Hiversaires eschews story, characters, and even text. The only point of the game is to solve puzzles, navigate the futuristic maze, and get out. It certainly isn't for everyone, but if you've got a soft spot for brain-numbingly difficult PC adventure titles of yore, you could do worse. The atmospheric art style is a nice bonus.

Hiversaires is a cryptic point & click adventure game in a textless world. Created for adventurers who remember drawing maps to survive, the dark world of Hiversaires features an original Aliceffekt soundtrack to lure you through its entangled corridors. 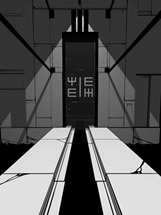 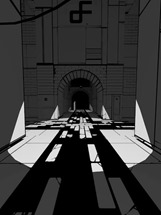 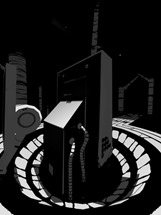 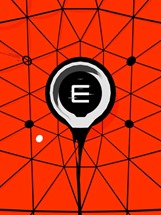 Rage of the Gladiator (Xperia Play)

We've featured Rage of the Gladiator before: it's a typical Infinity Blade-style fighter with some undeniably good graphics. I'm not sure why the developers decided to release an Xperia Play version, since this kind of game was born and bred on touchscreens, but here ya go: button mash to your heart's content.

You play the role of Gracius, a gladiator battling for his life in the arena. Your opponents are no ordinary evil, but are epic boss fights whose tricky attacks will challenge even the most elite gamers. There are no ‘fodder’ enemies – its all bosses -- the most fun part of games! Beat them before they brutally beat you. Armed with your magical warhammer and a trusty shield, you must exploit their weaknesses by jumping, dodging, shield blocking, or counter-attacking with proper timing, agility, and thinking. Then unleash your rage by brutally pounding your enemy with your warhammer, and perform over-the-top combo finishers such as summoning a vicious lightning storm or a deadly pillar of fire.

Multiple Reports Now Indicate Babel Will Be Called Google Hangouts, May Be Unveiled At I/O