I may have just heard about focus- and relaxation-inducing music site [email protected], but that hasn't stopped me from already falling in love with it. For much of my stare-at-a-screen-all-day career, I've actually wanted a service like this, and even have a few stations on Pandora and Spotify that almost mimic the service. Now that I've found [email protected], though, those stations are essentially defunct.

What is [email protected]?

That's probably the biggest question on your mind right now. Here's a good definition, directly from the company's FAQ:

[email protected] is a new neuroscience based web tool that uses phase sequenced instrumental music to increase your attention span up to 400% when working, studying, writing and reading. 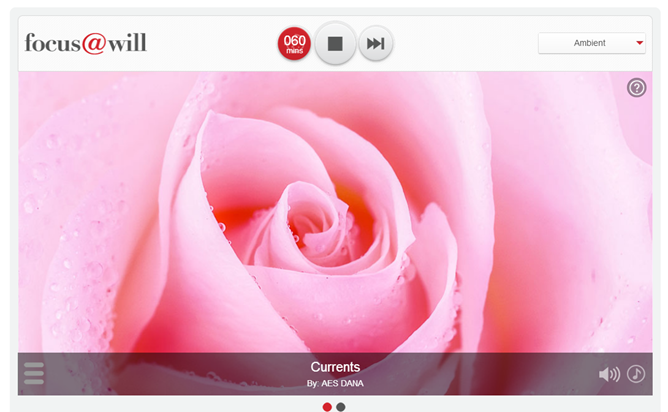 Basically, it uses exclusively curated music to help induce longer periods of focus. There are seven different genres to choose from, depending on your overall musical tastes: classical, focus spa, up tempo, alpha chill, acoustical, cinematic, and ambient. Throughout my time using the service, I haven't yet been able to migrate away from the ambient station, as it's absolutely fantastic and seems to do exactly what it was made for.

You can select the amount of time the music will play (up to 100 minutes), and a bell will alert you when time's run out. I find this feature particularly useful, as it also reminds me to get up and stretch my legs every so often. After your specified listening session, you're asked to enter how productive you felt like you were, in terms of 0%, 25%, 50%, 75%, and 100%; [email protected] then keeps track of your productivity so you can see how well your focus is affected.

So, let's talk about that app you mentioned

In a nutshell, the app is virtually identical to the web player. Take a look: 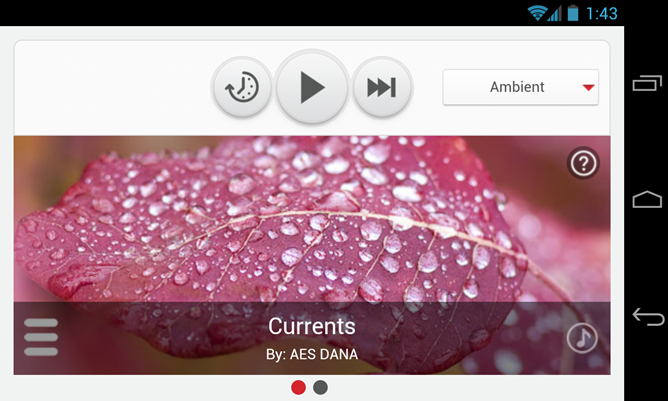 As you can see, the controls are in the same spot and the layout is basically just like that of the web interface, which makes for a very unifying experience. On the downside, there aren't any options specifically designed for the app; again, the "settings" menu is just like the web player. 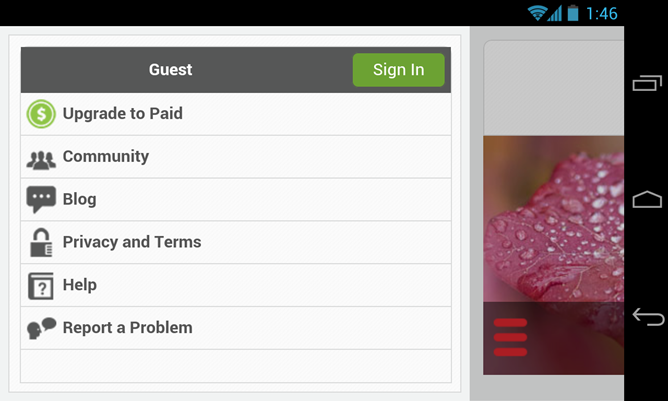 Here you're presented with a few options, access to the community and blog, and the like. The top option is the one you need to pay attention to, however: at the current time, the app is free to use for three weeks. After the trial period is up, you'll have to shell out $4 a month for unlimited listening, though the app will continue to work on a "time-limited" basis if you elect not to pay. Unfortunately, there's no word on how short that time limit will be. We've contacted [email protected] for more details and will update accordingly. According to the app's newly-added Play Store listing, the free version will be limited to 100 minutes per session.

If you notice, both of the above screenshots are in landscape mode. There's good reason for that: the app doesn't support portrait. This actually annoys me to death, but if I'm using the player to induce focus, there's a good chance I'm not playing with my phone anyway, so it's kind of a moot point. Still, I'd love to see an option for portrait. Considering the app is currently in beta, however, it's not unfathomable to think we'll see that show up in a future build.

Neat! Where can I get it?

For right now, the download is available exclusively through [email protected]'s site. It's assumed it will eventually land in Google Play – after the beta testing period, perhaps. We've actually reached out for comment on when/if we can expect to see the app in the Play Store, and will update when we hear something back.

In the meantime, you can get started being more productive by heading here on your computer, or here to grab the app download.

Update: It's now live in Google Play – hit the widget below to give it a shot. Bluestacks Announces GamePop, A Free Gaming Console With A Monthly Subscription That Plays ...