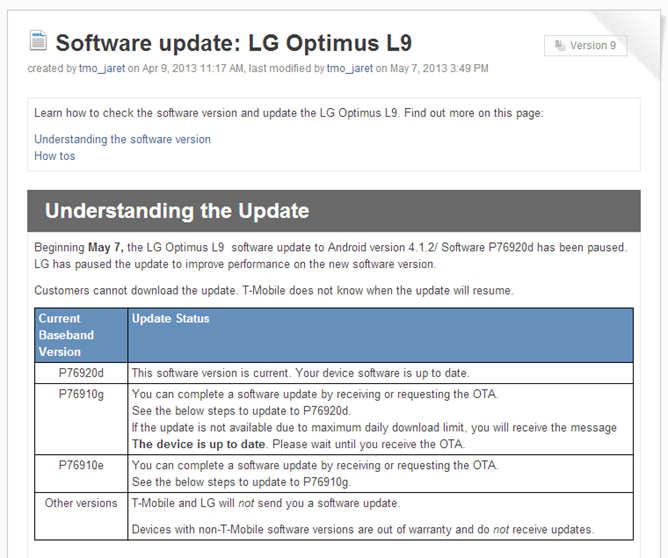 T-Mobile announced and began rolling out the Optimus L9 Jelly Bean upgrade on April 22nd, so it's somewhat surprising it took so long to identify problems with the update. Still, better late than never.

As far as ETAs go, T-Mobile unfortunately doesn't know when the fixed update will begin rolling out. Stay tuned for the latest.

Leviathan: Warships Review – You Wouldn't Buy A Speedboat With A Hole In It, Right?