As the start of Google I/O 2013 grows achingly close, Mountain View has seen fit to grace us with a pretty significant update of the official Google I/O app for this year's conference. For anyone attending the event, this app is going to be their golden ticket. The app should work on most Android form-factors (2.3 Gingerbread or higher), with a killer card-based UI that's consistent with Google's new design aesthetic. As for features, there's quite a lot going on: 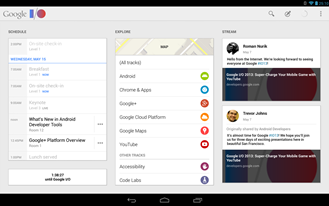 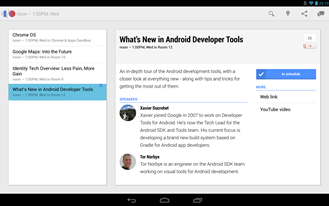 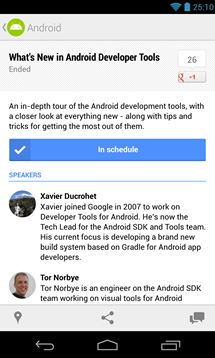 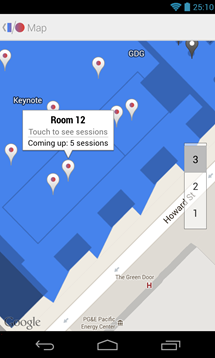 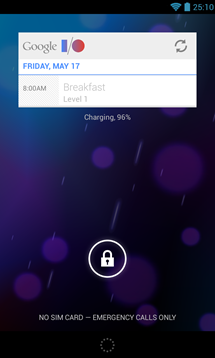 Don't be alarmed if the Play Store page for the I/O app still has a lot of 2012 branding on it (as of this posting the header image is still from last year). I'm sure Googlers are busy with other stuff. Who has time for the little things when there's a developer conference to prepare for?! Anyone can download the app for free, but it will be of limited usefulness if you're not at I/O. Live streaming the event via the app could be cool, though. The I/O app will be open sourced a few weeks after I/O has wrapped up, so you've got that to look forward to even if you can't make it to I/O this time.